Review: Dare You To by Katie McGarry 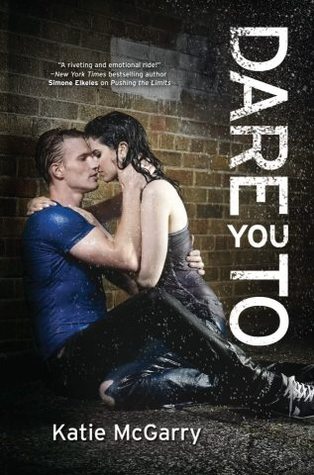 Blurb:
Ryan lowers his lips to my ear. "Dance with me, Beth."

If anyone knew the truth about Beth Risk's home life, they'd send her mother to jail and seventeen-year-old Beth who knows where. So she protects her mom at all costs. Until the day her uncle swoops in and forces Beth to choose between her mom's freedom and her own happiness. That's how Beth finds herself living with an aunt who doesn't want her and going to a school that doesn't understand her. At all. Except for the one guy who shouldn't get her, but does....

Ryan Stone is the town golden boy, a popular baseball star jock-with secrets he can't tell anyone. Not even the friends he shares everything with, including the constant dares to do crazy things. The craziest? Asking out the Skater girl who couldn't be less interested in him.

But what begins as a dare becomes an intense attraction neither Ryan nor Beth expected. Suddenly, the boy with the flawless image risks his dreams-and his life-for the girl he loves, and the girl who won't let anyone get too close is daring herself to want it all...

My Review:
Beth and Isaiah:
Alright so Beth and Isaiah have been best friends for a long time. In Pushing the Limits we find out that Isaiah has it bad for Beth and they make out and yatta yatta. In Dare You To Beth finally finds out how Beth feels. Here is the thing that ticked me off and really this made me dislike her for the rest of the book, well one of the reasons. The way she treats Isaiah. He would do anything and everything to keep her safe. He had Echo give up her favorite painting for her so she could have some extra in case of emergency cash, he gets into fights for her, and he bought her a phone. From seeing their relationship it’s pretty obvious to me that she knows exactly how Isaiah feels about her and yet she treats him like dog crap.


Don’t watch the whole thing but basically she friend zones him. Uses him and then he does one thing that she doesn’t approve of and she shuts him out of her life and then gets mad when he doesn’t want to talk to her. Well no freaking crap! People can only take so much, but because it’s her she expects everyone to take what she gives them and be okay with it. (ranty? A wee bit.)

Beth and Ryan:
Beth and Ryan while having an instant attraction also butt heads a lot. Beth gives out a lot of crap and gives Ryan a hard time. Ryan after trying to be nice finally takes off the gloves and shows her who is boss. He goes toe to toe with her while also giving her space to grow comfortable with him. They are an adorable relationship and I think the way neither put up with each other’s crap really made them that more compatible in a way that Beth and Isaiah weren’t.

Beth and her mom:
*sigh* So Beth’s mom has some drug issues and an abusive boyfriend who isn’t afraid to hit Beth either. Beth honestly is messed up because her mother. The problem though is Beth won’t let her mother go or try and get her help. When Beth takes the blame and ends up being taken away from her mother and taken into her Uncles house Beth still does everything she can for her mother and it really does mess with Beth a lot.

Beth and her Uncle:
Beth used to be close with her Uncle who went pro in baseball and got married. Now Beth can’t stand to look at the man who reminds her of her father, another person who left her behind. Scott and Beth are very similar and so they butt heads very similar to the way she does with Ryan. Neither let the other get away with much and while Scott gives Beth an insanely hard time it’s exactly what she needs and I think later she agrees.

Beth and Trust:
Beth trusts no one. It’s a really big theme in this book because Beth has been hurt before and so she doesn’t trust anyone to not leave her.

Ryan:
I really like Ryan. I honestly think he was the perfect persona of the smart vulnerable jock. His home life is crap and his close relationship with his brother didn’t turn out so great after his brother comes out, but he stands up for who he is and I liked that. Was he perfect? No way which is another reason I liked him so much. He battles a lot with who everyone wanted him to be with who he really was I that is definitely relatable.

Ryan and Echo:
So they only had a teeny tiny scene together but honestly it really drove the point home for just how people see Echo. In Pushing the Limits we didn’t really get that even from Noah who just felt sympathetic. Even in Crossing the Line with Lila because she’s been friends with her for so long. Reading about Ryan’s total shock and horror and disgust at seeing Echo’s scars really made me like this book more since it showed an outside view of Echo’s injuries.

All in all I love Katie McGarry. I think she is a fantastic author who makes amazing stories and fantastic characters. I couldn’t give this book a 5 stars rating even though it was amazing because of Beth. I get her life sucked but at times I just could not connect with her. Otherwise? This book is amazing and beautiful and I honestly love the writing style for all these books. The characters are so real and relatable I honestly could not help but love them all, even Beth.

Teaser:
Beth’s doing it again. She’s walking away. Desperation seizes my muscles. If she leaves, I’ll lose her for good and I can’t. Not when I just found her. “Don’t walk away from me.”


Swoon:
We roll and I help Ryan lose his shirt. In seconds, our legs tangle. My hands curl into his muscles as Ryan generously trails hot kisses alone the nape of my neck. He grows bold, inching my bra strap off my shoulder. I reward bold. 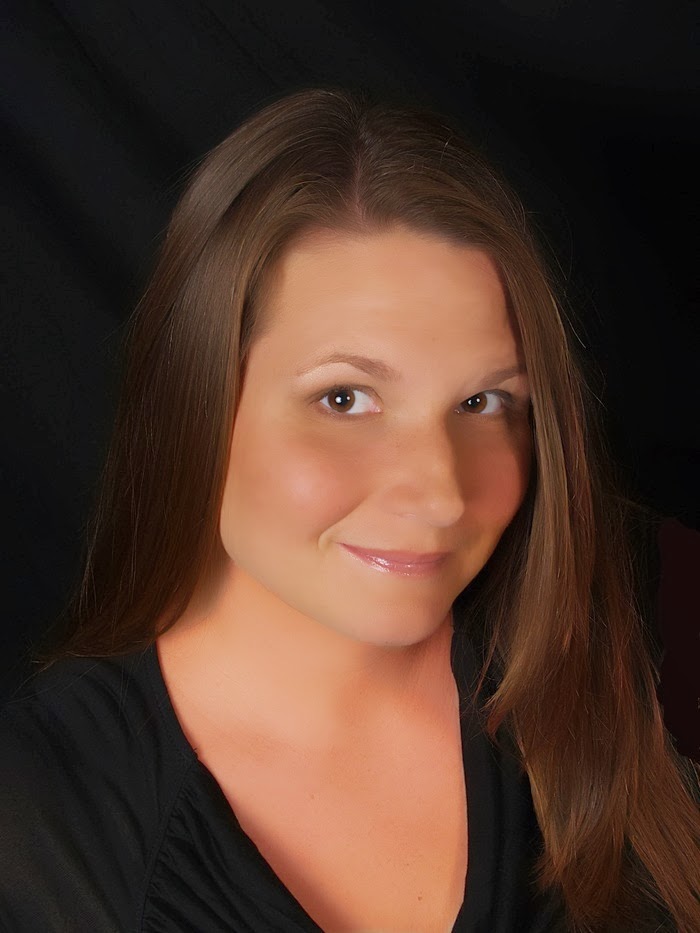