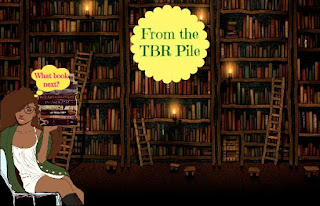 Hiya, I've been a reader for a long time and I always have books I own but haven't read so I came up with this here's how to join in the fun:
From your book shelves or your e-reader pick a book that you own that is still on your tbr list. You can post it however you want and I would love to see what books everyone has chosen so leave me a link!
As always, remember to check the comments where my beautiful readers share links to see the books that are on their tbr list.
And if you want to follow my blog let me know how you followed with a comment and I will promise you back 8) 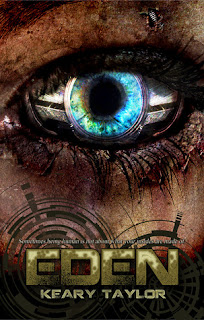 Blurb:
Before the Evolution there was TorBane: technology that infused human DNA with cybernetic matter. It had the ability to grow new organs and limbs, to heal the world. Until it evolved out of control and spread like the common cold. The machine took over, the soul vanished, and the Bane were born. The Bane won't stop until every last person has been infected. With less than two percent of the human population left, mankind is on the brink of extinction.

Eve knows the stories of the Evolution, the time before she wandered into the colony of Eden, unable to recall anything but her name. But she doesn't need memories to know this world is her reality. This is a world that is quickly losing its humanity, one Bane at a time.

Fighting to keep one of the last remaining human colonies alive, Eve finds herself torn between her dedication to the colony, and the discovery of love. There is Avian and West – one a soldier, one a keeper of secrets. And in the end, Eve will make a choice that will change the future of mankind.

The Bane is The Terminator meets The Walking Dead with a heart-twisting romance.


Previously published as Eden, due to reader demand it has been revamped and rereleased as The Bane: book one in The Eden Trilogy.

On My Shelf:
I am so freaking behind and I kind of bought this book on a feeling sorry for myself book shopping spree so it wasn't top on my priority list for reading it. I have it set as a goal that I will complete this book by the end of the year so cross your fingers!

Happy Tuesday Everyone!!!
Posted by Reese's Reviews at 1:00 AM