Review: Until You by Penelope Douglas 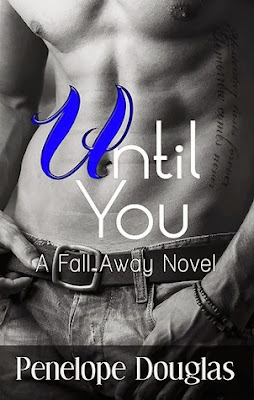 Blurb:
***This novel contains graphic sexual content and harsh language. It is only appropriate for adult readers age 18+.

Have you ever been so angry that hitting things felt good? Or so numb that you actually felt high? The past few years have been like that for me. Traveling between fury and indifference with no stops in between.

Some people hate me for it, while others are scared of me. But none of them can hurt me, because I don't care about anything or anyone.

I love her so much that I hate her. We used to be friends, but I found out that I couldn't trust her or anyone else.

So I hurt her. I pushed her away.

But I still need her. The sight of her centers me, and I can pool all of my anger into her. Engaging her, challenging her, bullying her...they are my food, my air, and the last part of me that feels anything human.

But she left. She went to France for a year, and came back a different girl.

Now, when I push, she pushes back.

My Review:
Wow! Just wow! I knew as soon as I heard Jared was going to get his own books after I read Bully that I was going to have to read it. Penelope Douglas did not disappoint and I was happy it wasn’t just a retelling of Bully but Jared’s full story. Absolutely loved that! Jared has such an awesome story to tell and I’m really glad I didn’t just have to read it through Tatum’s perspective.

Jared was abused, neglected, and hurt. After spending time one summer with his father and realizing what his brother went through every day Jared came home and put up a wall around himself so no one else could ever hurt him again. Then he pushed his best friend away, the only girl he ever loved. Tatum. All grown up he’s hurt he more than he ever could have imagined for three years and after she got back from a year of being gone Tate isn’t putting up with his abuse any longer, she’s fighting back.

Now Jared finally realizes all the damage he’s done. All the pain he’s caused Tate and it may be too late for him to get back the girl he loves. Except it’s not and the two of them are great and magical together and Jared is freaking swoon worthy when trying to get her back and even afterwards.

I loved Jared’s story even more than I liked Tatum’s. After reading about Tate through Jared’s eyes though I liked her a lot more. Can’t wait for the next book, because Penelope Douglas in genius and this series and cast of characters is absolutely amazing. Loved Until You and I highly recommend this story to New Adult fans. Great series!

Jared has the whole untouchable thing going on but after getting inside his head he’s so vulnerable and that really made me like him a lot more. He’s so perfect for Tate and funny but still a bad ass.

If you haven’t read this series yet I suggest it and if you’ve read Bully but not Until You I really think you should. Until You is a perfect addition to the series. Plus look at that amazing cover. Hello yummy!

Awesome Quote:
“Girlfriend isn’t enough to describe you, Tate. That term is disposable. You’re not my girlfriend, my girl, or my woman. You’re. Just. Mine,” I bit out every syllable, so she would fucking understand. “And I’m yours,” I added, a little calmer.” 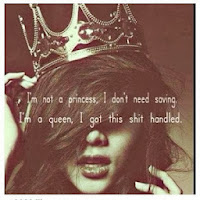 About the Author:
Penelope Douglas is a writer and teacher in Las Vegas. Born in Dubuque, Iowa, she is the oldest of five children. Penelope attended the University of Northern Iowa, earning a Bachelor's degree in Public Administration, because her father told her to "just get the damn degree!" She then earned a Masters of Science in Education at Loyola University in New Orleans, because she HATED public administration. One night, she got tipsy and told the bouncer at the bar where she worked (yes, she was drunk at work)that his son was hot, and three years later she was married. To the son, not the bouncer. They have spawn, but just one. A daughter named Aydan. Penelope loves sweets, the show Sons of Anarchy, and she shops at Target almost daily

Check Penelope out: Facebook/ Goodreads
Posted by Reese's Reviews at 1:00 AM