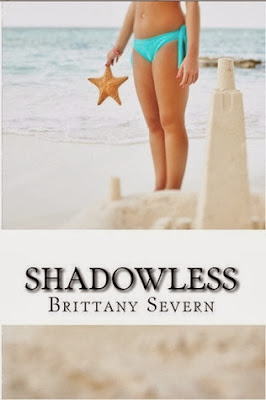 Blurb:
All Quinn Murdock wants is to get her soul back.
With no shadow and no reflection, life in a small beach town poses its risks.
Her supernatural roommates try to keep her feet on the ground, but they also keep her head spinning.
When a human named Conrad Archer moves in, the mystery of Quinn's stolen soul grows deeper as does her affection for him.
But when a conflict arises among the roommates, Quinn realizes they all might be more dangerous than she had originally thought.

My Review:
I received a copy of Shadowless for an honest review.

I have some major problems with this book and I know it’s rude to start off like that but honestly this book is completely frustrating.

First off the beginning and middle of the book was such a drag in that nothing really happened. Everything was repeated over and over but nothing excited really happened and that was annoying to read. This problem leads into my next issue which was the fact that the ending was so rushed! Seriously rushed and then the ending cliffhanger thing when there may or may not be a sequel is quite annoying. (Would not recommend reading if you want a sequel.)

Onward to the hinting of a love triangle that quite literally DIED! Yeah was not too happy with that and the way the author hints and one of the characters who seems to have a crush on Quinn but she likes someone else and you can’t tell if he likes her or not and then he leaves and continues to act like a jerk? Yeah wasn’t into that.

Now that seems harsh at it kind of is but the entire book wasn’t an entire bust. The writing style was great and easy to read and the main character Quinn and her house mates where fun to read about. The whole issue with the soulessness thing was quite cool and all that combined made for an interesting story.

All in all, great idea for a story that truly needed more expanding on because that would have more this book more enjoyable.

Thank you author Brittany Severn for sending me a copy of your book Shadowless for me to read. It was truly a pleasure. 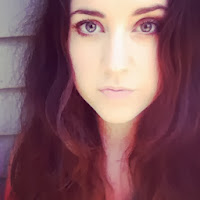 Check her out: Goodreads/ Twitter
Posted by Reese's Reviews at 1:00 AM