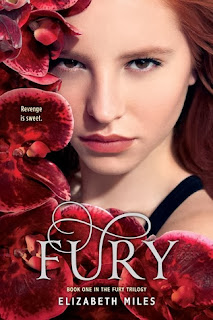 Blurb:
In this chilling start to a trilogy rife with revenge, two teens learn the hard way: Sometimes sorry isn't enough.It’s winter break in Ascension, Maine. The snow is falling and everything looks pristine and peaceful. But not all is as it seems...

Between cozy traditions and parties with her friends, Emily loves the holidays. And this year’s even better—the guy she’s been into for months is finally noticing her. But Em knows if she starts things with him, there’s no turning back. Because his girlfriend is Em’s best friend.

On the other side of town, Chase is having problems of his own. The stress of his home life is starting to take its toll, and his social life is unraveling. But that’s nothing compared to what’s really haunting him. Chase has done something cruel...something the perfect guy he pretends to be would never do. And it’s only a matter of time before he’s exposed.

In Ascension, mistakes can be deadly. And three girls—three beautiful, mysterious girls—are here to choose who will pay. Em and Chase have been chosen.

My Review:
Bad Friends:
Emily is possibly the worst friend you could ever have…well no but level with me. She falls in love with her best friends’ boyfriend and they when she finally ends up with her “dream guy” she tries to justify the fact that she’s cheating by saying her best friend would understand. Yeah not ok.

Bullying:
Sadly I liked Chase a lot even after finding out what he did which was become a real big bully who got someone killed. Really bad and while he tries to be a good person afterwards nothing good happens to him.

Overall:
If you’re into mythology and murder stories you will probably like this book. Fury was not for me for a various numbers of reasons but I guess you can’t like every book. 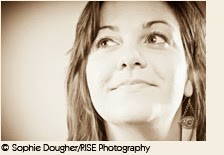 About the Author: Elizabeth Miles grew up in Chappaqua, New York, not far from New York City. She graduated from Boston University in 2004, and has worked ever since as a journalist for an alternative newsweekly. She has been honored by the New England Press Association and the Association of Alternative Newsweeklies. Elizabeth serves on the board of trustees of Portland Players, a community theater and second home. She loves pizza; she can often be found running around on stage while scantily clad; and a cold winter night in Maine is one of the creepiest and most beautiful things she can think of. Fury is Elizabeth’s first novel. To Contact: Website/ Twitter/ Goodreads/ Facebook