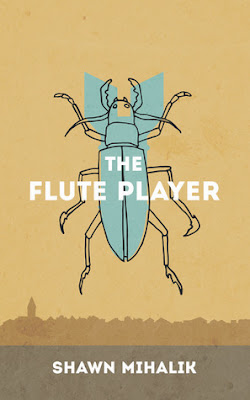 Blurb:
For nearly ten years, young Oliver has begrudgingly accepted his position as the flute player of the peaceful village of Drommar—a responsibility thrust upon him after the previous flute player, and Oliver's best friend, drowned in a tragic childhood accident.

Now on the cusp of adulthood, a mysterious young woman enters Oliver's life, and he begins to question the nature of his world and the importance of his place in it.


My Review:
I received a copy of The Flute Player for an honest review.

Wow The Flute Player was totally not what I was expecting at all. Shawn Mihalik did an amazing job writing this story.

Oliver is living the life his best friend is supposed to have, but his best friend died and for the last ten years Oliver has been playing the flute for the town twice a day. He doesn’t really enjoy his life until he comes across something that changes everything, a girl, one who knows nothing about how she got to Oliver’s home or how to get back.

All in all while I wasn’t in love with the book the idea behind The Flute Player was genius and executed amazingly. Great short story that I would highly recommend this book! 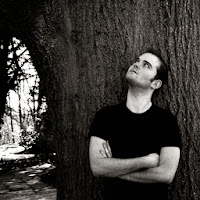 About the Author:
Shawn was born in San Diego, California, in 1990, where he lived until he was seven.

In high school, he won several awards both as a writer for and editor-in-chief of his student newspaper, The Talon, prompting him to study journalism at Youngstown State University before deciding that his passion for writing was better directed at fiction. He then spent several years in Pittsburgh, learning American Sign Language and working with the deaf and hard of hearing.

Shawn currently lives in Youngstown, Ohio, where he writes novels, poetry, and short stories and explores the characteristics of different varieties of wine. His works include The Final Days of Poetry, a poetry collection; The Flute Player, a novella; and Brand-Changing Day, a novel.