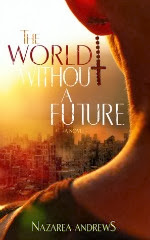 The World Without a Future by Nazarea Andrews
December 2013
Goodreads!


example, example, exampleBOOK SUMMARY:
She was born the day the world ended…
Nurrin has lived her entire life with zombies—trapped behind walls meant to keep them safe. She’s mostly happy there. But when a zombie horde breech the walls of her Haven, she has to trust her brother, Collin, and his best friend to keep her alive.
He just wants his past to die…
Finn O’Malley has given up on voicing warnings that are ignored. No one cares that the zombies are changing. Now all that matters is keeping Collin and Nurrin safe from what’s outside the walls of a Haven. But when Nurrin’s best friend picks up a contact infection, he agrees to get the medicine needed to save his life. Forced together, relying on each other in a strange Haven, zombies aren’t the most dangerous thing they’re facing.


My Review:
I received a copy of The World Without a Future for an honest review.

Nurin is a First born on the first day of the zombie apocalypse. The world as her parents and brother knew is gone and now hell on earth is all anyone knows. Behind the gated community where everyone carries weapons before they go anywhere and infections of any kind can get you killed all Nurin has is her brother.

When Haven 8 where Nurin lives is breached by hundreds of zombies Nurin, Dustin her boyfriend and best friend, her brother Collin and her worst enemy and Collins best friend Finn are all who escape the supercharged zombies who will stop at nothing to wipe out all the living. Escaping was one thing but when they think they’ve reached safety they realize Dustin has a cut and it’s becoming infected. With only days to find a cure Nurin convinces Finn to take her  to find the cure.

I am honestly not sure how I feel about this book. I love Nazarea Andrews books which is the main reason I signed up for this blog tour despite the fact that I loathe all things zombie. I figured Nazarea would make zombies into something I never expected. I was right. The zombies in The World Without a Future while the same terrifying creatures you would read or see anywhere else these zombies aren’t slow, they’re super-fast. They love to eat people still and mostly seem mindless but there’s the twist they aren’t all that mindless in how they are taking people out. I can’t explain more than that because that would be spoilery but seriously freaky!

I liked Nurin a lot although she does scream a lot which was kind of annoying for someone who grew up knowing nothing but nasty zombies. Finn….yeah I may just have to leave that because I can’t tell if I like him or not. He seems kind of emotionally detached except for wanting to have the sexy time a lot, with Nurin.

Really loved the dual POV and honestly The World Without a Future was pretty good. I enjoyed it and am super excited about the sequel! 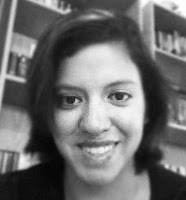