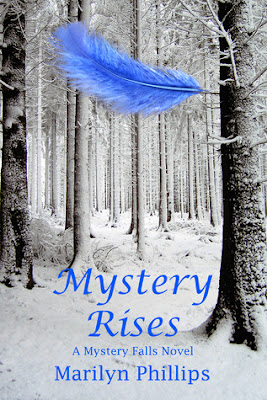 Blurb:
After spending months apart due to an enforced separation, Samantha and Shadow are finally reunited. However, it is a reunion which may be short lived. As more secrets of the past are revealed, Samantha not only discovers her true heritage, but also how heavily intertwined it is with Shadow’s. Suddenly finding themselves on opposing sides of a feud which started long before either one of them was born, they struggle to remain together in a world which seems determined to keep them apart.

My Review:
I received a copy of Mystery Rises for an honest review.

Shadow and all of his yumminess:
Swoon Shadow is even sexier in Mystery Rises than he was in Mystery Falls. He’s more protective and a little possessive over Samantha than he was especially since his brother shows up. Man oh man would I just love to see those sexy boys in person. Anyway I digress. Sadly a lot of the book is without Shadow for a couple of reasons….well mainly one: Samantha’s dead family sucks butt. Back to Shadow he changes a lot in this novel and I loved it because since he’s so old you wouldn’t think he would be he is definitely a better character and boyfriend in this book.

The Deep Sting of Betrayal:
Someone betrays Samantha and Shadow and I know who it is. I was super excited that Marilyn and the story kept me on my feet until the betrayer was revealed and the epilogue where it give a hint as to what was going to happen next I was like “You (insert profanity here)!” I knew it I knew it I knew it. Sorry but when you read Mystery Rises which you should totally do by the way you will know what I am talking about because the person who sucks butt you will not like from the beginning and when it’s confirmed who it is let’s just say you’ll be a tad shocked at how far the person went to betray someone.

Samantha:
Samantha and her life are kind of in a rut while Shadow is gone. She lives day to day, week to week until Shadow comes home. I was worried it would get old reading about her waiting for Shadow to come home but Mystery Rises and Samantha definitely hold some surprises I did not expect when it came to her character. Samantha is definitely a stronger more confident no nonsense character in this book than she was in the first novel. A lot happens and I love how Samantha takes everything in stride.

The Sexy Stuff:
Let’s just say my complaint in the last book about lack of swoon worthy material is completely out the window in Mystery Rises. The swoon is so on and I love it. Lots of kissing and some other fun things I did not see coming. Yeah you know what I’m talking about. “Fun stuff!” *wink wink*

After I Finished:
Well when I finished Mystery Rises I was like “Where the heck is the next book?!?!” Seriously that ending was a total cliffhanger and I am so ready to dive off the edge of said cliff to find out what happens next. Marilyn definitely did a great job with this series and I cannot wait to read what comes next.

Thank you Marilyn Phillips for sending me a copy of Mystery Rises and you know for everything else you do! 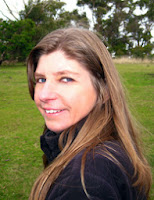 About the Author:
I live in Melbourne, Australia. I write young adult fantasy mixed with romance.
Mystery Falls is my debut novel and also the first in a series.
When not absorbed in a book or writing, I like to spend time with my husband and two children, take long walks in dark forests and watch romantic movies with satisfying endings.