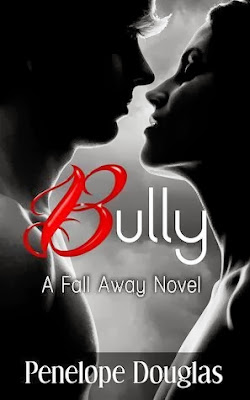 Blurb:
My name is Tate. He doesn't call me that, though. He would never refer to me so informally, if he referred to me at all. No, he'll barely even speak to me.

But he still won't leave me alone.

We were best friends once. Then he turned on me and made it his mission to ruin my life. I've been humiliated, shut out, and gossiped about all through high school. His pranks and rumors got more sadistic as time wore on, and I made myself sick trying to stay out of his way. I even went to France for a year, just to avoid him.

But I'm done hiding from him now, and there's no way in hell I'll allow him to ruin my senior year. He might not have changed, but I have. It's time to fight back.

I'm not going to let him bully me anymore.

***This novel contains adult/mature young adult situations. It is only suitable for ages 18+ due to language, violence, and sexual situations.


My Review:
What Happens:
Tate leaves for a year and comes back to find her tormentor and old best friend still has issues with her. After sinking to his level of bullying she decides to be honest with him about how much he’s hurt her and it changes everything. Now Jared isn’t the douche he used to be and all he wants is Tate and her love.

Tate:
I liked Tate somewhat. Honestly she wasn’t the most appealing character due to her obsession with Jared and it was so horribly obvious it was aggravating. I mean no offense but if someone was so terrible to me I wouldn’t be swooning after him… at least I’d like to think so. Even so she was a strong character who stands up for what she believes in even when she’s wrong. A lot of the times she’s relatable and a good friend and daughter. All in all she was ok.

Jared:
Jared is a sexy douche bag. Lol isn’t how a lot of us like them? (Hint hint Daemon Black). He’s a lot like that except he really is a bully and while his reasoning kind of sucked to me as to why he’s so mean I still liked him. He’s very possessive of Tate even when they’re not dating and while what he does to her a lot of the times is cruel he’s still great and sexy and completely book boyfriend material.

Drama Llama:
Holy crap high school drama and angst are everywhere in this novel. I mean really. There’s the pretty shallow mean girl who pines after the main characters man (Jared) man whore even after he’s obviously with someone else. There are bad rumors and gossip and bullies (obviously it’s in the title). There’s sex and boyfriends and girlfriends breaking up and cheating and rebound guys. Guys liking girls and the girls not liking the guy back. I mean full of the drama llama.

My Overall View:
The entire idea behind Bully was amazingly unique and totally amazing. I enjoyed the twist. Jared was completely sexy and passionate. I didn’t like Tate as much as Jared but I was happy how it ended. I think a lot of people would enjoy Bully for the sexy scenes and unique characters and story-line. Bring on the rest of the series! Penelope Douglas is a writer and teacher in Las Vegas. Born in Dubuque, Iowa, she is the oldest of five children. Penelope attended the University of Northern Iowa, earning a Bachelor's degree in Public Administration, because her father told her to "just get the damn degree!" She then earned a Masters of Science in Education at Loyola University in New Orleans, because she HATED public administration. One night, she got tipsy and told the bouncer at the bar where she worked (yes, she was drunk at work)that his son was hot, and three years later she was married. To the son, not the bouncer. They have spawn, but just one. A daughter named Aydan. Penelope loves sweets, the show Sons of Anarchy, and she shops at Target almost daily

To Check Out: Facebook/ Goodreads
Posted by Reese's Reviews at 1:00 AM