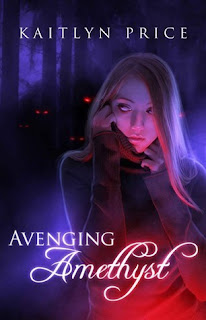 
Avery and her mother have always been on the run. After her mother is murdered by something supernatural, she is left to fend for herself, alone and filled with questions. She receives a note by a stranger, giving her the opportunity to get some answers, and Avery warily accepts. She would rather face the truth than continue to be on the run.

What she discovers is nothing like she could’ve imagined. The stranger’s name is Felix, and he’s part of a race of creatures called Lovac. He tells Avery that she is a Lovac, too, and that they’re the distant descendants of the ancient vampire Nosferatu, along with two other races—the Nesmyr and Zhulik.

However, the Lovac are doomed to insanity, and nearly all of them lose their minds in their early twenties. The only way to be saved from the curse is for a Lovac to find their Dimidium, the one creature that can calm the darkness.

Nightmarish visions, kidnappings, and a lifestyle she never knew existed consume Avery’s life as she begins the search for her Dimidium and to get revenge for her mother’s death.

My Review:
I received a copy of Avenging Amethyst for an honest review.


When Avery’s mother is murdered right in front of her eyes by a woman that disappears Avery knows it’s time to run again, but this time she’s on her own. Looking for answers Avery goes into her mothers’ chest and finds there are people in the world that have been looking for her and some of them may be just like her. Searching for answers she finds a man/ boy named Felix who tells her that she is Lovac or rather a descendent of ancient vampires. Avery decides to join him to a place where her kind live. She learns how to fight, and all about the world of ancient vampires. Falling in love was never part of Avery’s plans especially with someone she can never be with as she is fated to someone else but that’s what happens and as the truth about some of the dark mysteries surrounding the Lovac and Avery’s father Avery knows she has to take him down no matter the cost.

Hm..well for starters I have a huge thing for vampires. I freaking love vampire books and any chance I get I will read one. That being said I love the huge twist Kaitlyn Price put on the vampires in her book. The whole vampires have unique powers and go insane and can use fairies magic and kidnap and kill people and there are demons and it’s freaking amazing and so original.

Avery is kind of a “eh whatever” character to me. I liked her but at times and I didn’t in others so right now it’s a love hate relationship. She definitely has strength and I think she will turn into an amazingly strong independent character but there was just something about her I couldn’t get into.

The overall story was pretty good. I definitely want to read the second book in the series and see where it goes. I did feel the romance was a bit too much considering Avery and Felix had just met and then seconds later they were “in love” and then other times he was untrusting of her and so on so that was a major point in the book I wish would have been building up as they got to know each other instead of WHAM I’M IN LOVE WITH YOU even though it had only been a couple days.

All in all I enjoyed this story and I will definitely be on the lookout for the second book. While the romance and the pacing of this novel seemed a bit rushed and Avery is a bit iffy to me Avenging Amethyst is definitely a book vampire lovers will enjoy. Loads of action and packed with romance, mystery and strong female characters.

Thank you so much to Kaitlyn Price for sending me a copy of your amazing book! 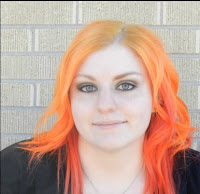 Kaitlyn lives in Colorado with a house full of crazy animals.

She is a huge fan of vampires, and while they might be overdone, she will still continue to write about them and read any vampire book she can get her hands on.