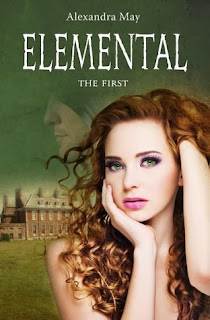 To Rose Frost, moving house every six months is normal. Another new town here, another new school there, her ability to adapt is as easy as breathing. But everything changes when her parents go overseas and Rose moves in with her grandmother. She enjoys meeting new friends and catching up with old ones from her childhood holidays — except now she must hide a precious secret from everyone, a gift from birth that defies modern day science.

Her dreams become riddled with a warrior woman called Halíka Dacomé, but are they visions or messages from the future? She starts her own investigation but encounters more questions than answers. Living right on the edge of Warminster in Wiltshire doesn’t help with its folklore and myths about strange lights in the sky and ghost stories of the Salisbury Plain

Not only that, her troubles really take hold one night when the mysterious Aiden Deverill with his alluring smile, his gorgeous dark looks and hypnotising blue eyes, saves her from a freak fire. Or did he?

For Rose, her new life is beginning but she soon realises that despite assurances people are not always what they seem. What she always believed to be a happy family and a friendly town soon turns on its head when she discovers that her family secret, Aiden Deverill and the truth behind Halíka Dacomé is at the heart of the whole conspiracy.


My Review:
I received a copy from Netgally for an honest review.

Secrets:
Rose Frost has a deep secret she has powers, healing powers that she must keep secret. Also, the entire town and her family have secrets about who Rose is and continues to keep secrets from her until the very end.

Trust Issues:
I honestly did not understand Rose’s “trust issues” at all. I know people who have been raped and they don’t have as many trust issues as Rose did for no apparent reason. It honestly had no sense to me and then she seems so…gullible at times it’s almost laughable. I just didn’t understand much of it.

Pros:
The Primord series has the potential to be great. The idea of the Primord is certainly unique and I found that one of the main reasons I kept going on with reading this story.
The great and unique mystery Alexandra May created that surrounds the entire town where Rose lives.  People keep going missing and the secrets that come together to solve the mystery behind the disappearances.

Cons:
Un-believability: I couldn’t believe that after so many years of Rose being gone her friends would have just been waiting for her to come back.

The way Rose way between guys that she liked and then hated the next second seemed weird to me in that any other time she would get facts about anything and everything before even thinking about liking someone.

The grandmother and granddaughter relationship: Rose moves in with her grandmother to become safe and finish out school and asks for a lot of freedom and that’s all well and good but if the grandmother knows Rose is in danger why does she never say anything to her. Honestly the grandmother while I understand is a busy person it seems odd that people living together should talk less than a hand full of times.

Rose’s character: Yeah I wasn’t buying her story or her emotions or anything about her for that matter. It seems like she was so naive for someone who’s supposed to be so analytical and smart for her age. To me she just seemed like a snob at any other high school. The fact that she has powers never seems to be a mystery to her and I found that odd also. If I had problems I would be trying to figure out how but nope not Rose.

The ending: Yeah that was disappointing to say the least I don’t want to give too much away so I will just say that Rose finds out a lot of truths and then leaves her friends to join a guy she barely knows.
Predictable: There were very few parts in The Elemental where I wasn’t like “I know what’s going to happen” which kinda stunk but oh well.

All in all:
After reading while I can’t decide if I want to read the next book I have to say I am giving three bats to The Elemental for originality and suspense. Other than that I really can’t say I enjoyed this book too much. I think this book just wasn’t for me but I do recommend you check it out first before you knock it.

I want to say “Thank you” to Netgally for the copy of The Elemental for my reading enjoyment. 8)

Alexandra May is an English author of three books, bringing together the epic saga of Halíka Dacomé and her modern day equivalent, Rose Frost.

Elemental: The First, Elemental: Origin and The Battle for Arcanon Major draw in Alexandra's love of strong women characters, sci-fi, history, romance and a little warmongering on the side!