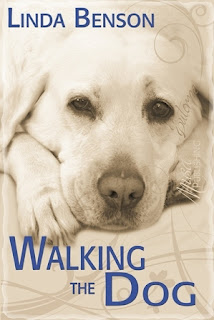 Blurb:
Jared feels like he's the only one who looks past Sophie's scars to see her for who she is. But can he be a true friend when she desperately needs one?

Jared is smitten when his teacher seats the new girl, Sophie, right next to him. Even with the scar running up the side of her face, Jared thinks she’s the most beautiful girl in the entire fifth grade. But why did she transfer here so late in the year? Rumors say something bad happened to her.

Jared and Sophie become friends while walking the guidance counselor’s new puppy, but when his parents object to this arrangement, Jared fabricates a series of elaborate lies to meet Sophie on the sly. But little brothers can be pests. First Petey lets the orange cat loose at the animal shelter where Jared and Sophie have been secretly walking the dogs. Then Petey turns up missing.

And Sophie's past finally catches up with her.


My Review:
I received a copy of Walking the Dog for an honest review.

Jared is the only person at school who likes Sophie the only one who can see past her tragic past and scars. Jared used to have ordinary problems like math and annoying whiny brothers, but when Sophie transferred to the school so late in the year and goes and sees the counselor often Jared knows things are going to be different. When the school gets a new puppy and Jared is chosen to walk the dog with Sophie life seems perfect. Except his parents find out and order him that he can no longer hang out with Sophie. Jared doesn’t care though he needs to be her friend and when they get a job walking dogs at the animal shelter Jared begins to learn more about Sophie’s harsh past. His parents are becoming a problem though and when Sophie needs Jared the most will he be able to get his parents to help or will Sophie be alone to fend for herself yet again? If you want to find out what happens to Sophie and Jared you’ll have to read the book.

Abuse:
Abuse plays a huge part in Walking the Dog. Sophie was abused by her mother’s boyfriend and you get to see what happens in schools with the children and parents around abused children. How almost everyone reacted to her including the parents shows just how lonely at can be for those abused children.

Parents:
Jared’s parents really sucked monkey butt in this book. They were so rude to Sophie all the time even though they knew about her past and they forbid the only person at school who was nice to her to leave her alone. I really thought his parents sucked and honestly had a hard time the entire book liking them at all, even in the end.

Wow:
This book was nothing like I expected. I had no idea a story titled Walking the Dog would be so much more than that or that it would totally pull at my heart strings. I hope everyone can take the time to read this amazing young story.


Thank you Musa Publishing for sending me a copy of Walking the Dog! 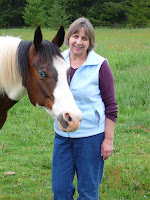 About the Author:
Her passion for nature and animals often finds its way into her writing. She has been a veterinary assistant, zoo keeper, race track groom, realtor, children's librarian, and owned both a native plant nursery and a saddle shop.

Ms. Benson lives in the Pacific Northwest with her husband and a myriad of animals. In fact, everytime she sits down to write, it seems like a dog wanders into the story, or a horse gallops through. When she's not petting a dog, cat, horse, or donkey, traipsing through the woods, or enjoying a good glass of wine, she's most likely working on her next book.