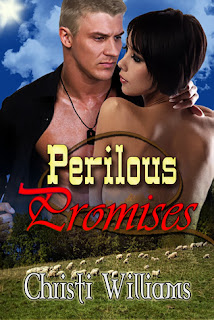 
Blurb:
Rating: Sensual Romance - Controversial
Her ex-husband wants to rescue her. Her brother wants to rescue her. Her co-workers want to help rescue her. Her daddy wants to rescue her. She can survive anything except the men who love her!
Perris Dalton doesn't need a man. She left southwest Wyoming broken, so transformed by fighting cancer even her big hunk of a lawman couldn't make love to her. Now she's back. Her new job is to mitigate conflicts with raptors at a power plant's coal mine. There's no reason for her path to cross her ex-husband's. But when an environmental demonstration inexplicably centers in on her, Sheriff Noah Dalton steps in, confident he can win back the woman who once walked out on him.
As the demonstration spirals into personal attacks, Noah, Perris's father the sheep rancher, and her brother the college student, hatch a secret plot to protect her. In an epic contest of wills with a lone woman survivor determined to solve her own problems, and three modern Western heroes just as determined to show their love by saving her, all hell starts to break loose.

My Review:
I received a copy of Perilous Promises for an honest review.

Perri is a survivor and doesn’t need any man to help her. Not her ex-husband, her brother, her father, or her faculty members. Even when protestors begin to become personal and single her out at her job at the Red Mining Company Perri stands on that she can do everything on her own. When the threats become worse Noah Perri’s ex-husband finally steps in and he intends to stay there this time instead of letting Perri push him out again.

Sigh I really loathe giving negative reviews but I guess that’s just how it goes. I honestly thought Perilous Promises had great promise no pun intended but I honestly could not get into the story at all. Perri was such an annoying protagonist for me. After beating cancer and her husband not being able to get over the scaring Perri divorced him. I felt the characters lacked a depth and personality that make a good character. I don’t know what any of the characters in this book like besides sex and work because that’s all the characters thought about or talked about it was aggravating.

Another problem was where the story went which was nowhere. I felt that while the book was a quick read even though I couldn’t get into it that the whole story went nowhere. The story centered around Noah trying to get his ex-wife Perri back all the while keeping her safe while she continued to push him away even though she wanted him there and gone at the same time. They think about sex a lot and their past mistakes and they live happily ever after. I mean really? I don’t know I just could not understand what the point or message of this story was.

Perri was so annoying to me as well and I think that was because through the entire book she never knew what she wanted and like I said I knew next to nothing about her and that made her extremely hard to relate to. Noah was a hunk and while he was flawed I saw where he was coming from and instantly liked him better than Perri. While I was rooting for him and Perri to end up together because that’s what he wanted I was secretly hoping another awesome female character would swoop and leave Perri alone. Mean? Definitely.

All in all if you are looking for a quick read with a love story and life threatening occurrences this is the book for you. The book does have some deep stories with Perri and Noah and in the end that was what kept me reading. Hope a lot of you will check this book out but this book just wasn’t for me in the end.

Thank you to Christi Williams for the opportunity to read your book! 8)
Read Excerpt!

About the Author:
I was born, grew up, married, raised my kids, and currently live in Wyoming. Most of the Western states are colored radical red on political maps, but I try to give equal time to different viewpoints in my writing. I’m interested in the mythology of the West, the cowboys and lawmen, the iconic animals and ideals. My fiction is contemporary, so the settings and the characters are completely modern and struggle with today’s issues. But the men and women in my writing leave a big footprint, because their personalities and their solutions to problems hark back to the iconic days which really don’t exist anymore. My characters truly live by the Code of the West.

I’ve always been a big reader, and liked writing. But when it came time for college, I couldn’t figure out how a woman who would probably never be a literary giant went about making a living from writing. Beyond journalism, that is, which didn’t interest me at all. So I put off writing formally until I returned to school at the age of 39. Then I churned out several manuscripts in quick succession but couldn’t get anyone interested in publishing them. When the age of Internet publishing exploded all of a sudden publishers were interested in my stories, perhaps because so many writers who would have been submitting to them were instead self-pubbing. Or maybe the stars were aligned correctly, or it was meant for me to look to where my roots are. At any rate, an opportunity to publish with Whiskey Creek Press/Torrid Books, a Wyoming publisher, developed for me when they offered a contract for Take a Chance on Love.