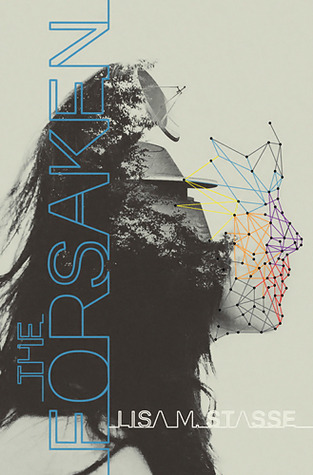 
Book Description:
As an obedient orphan of the U.N.A. (the super-country that was once Mexico, the U.S., and Canada), Alenna learned at an early age to blend in and be quiet—having your parents taken by the police will do that to a girl. But Alenna can’t help but stand out when she fails a test that all sixteen-year-olds have to take: The test says she has a high capacity for brutal violence, and so she is sent to The Wheel, an island where all would-be criminals end up.

The life expectancy of prisoners on The Wheel is just two years, but with dirty, violent, and chaotic conditions, the time seems a lot longer as Alenna is forced to deal with civil wars for land ownership and machines that snatch kids out of their makeshift homes. Desperate, she and the other prisoners concoct a potentially fatal plan to flee the island. Survival may seem impossible, but Alenna is determined to achieve it anyway.

My Thoughts:
Thank you to Simon & Schuster Books for Young Readersfor allowing me to read this for free.

Quick Summary:
Our main character Alenna lives as an orphan in U.N.A. which is the United States, Canada, and Mexico combined into one giant super continent. In the U.N.A. children who are 16 years old all must take an test so they must stay citizens of the U.N.A. instead Alenna wakes up in her worst nightmare. She wakes up on The Wheel without any idea as to why or how she ended up there. Now Alenna must learn to survive on The Wheel with other children who say that everyone’s becoming sicker and other groups of kids are banning together to kill them. When Alenna finds out crucial secrets about her parents and the love of her life Liam go missing she sets out with the other hunters to find them. There is more danger than what they have faced before and the truth behind all the children going missing and the U.N.A. is a shock nobody can believe and few survive.

The Wheel:
Children kill each other every day and from the outside world everyone views the children who get sent there as delinquents. That idea is what Alenna thinks as well until she gets sent there and now everything the U.N.A. has told her she calls into question. Everyone Alenna meets seems mostly sane. The Wheel is not a safe place though instead there are wars, secrets, and sickness. One thing the U.N.A. said was true about The Wheel was true, it’s a death sentence.

Love Triangle:
I suspect a love triangle although I’m not sure. I know the boy Alenna comes down with David has interest in Alenna as does Liam who Alenna has an instant connection with. Liam is definitely a hottie who seems really sweet and strong so not sure maybe I’m just reading into things but there is definitely room for Lisa Stasse to write in a love triangle.

The Characters:
Um…I guess I liked the characters I mean…they were fine. Okay I’ll get serious I had no real connection with them. If Alenna had died and another character turned into the narrator I probably would not have cared too much. A LOT of characters died in this opening novel to The Forsaken Trilogy like almost everyone. I wasn’t too caring about that which sounds bad but all the characters were so cold and had their own agendas and that made me like them a lot less than I should have.

Overall: Womp womp womp
*Sigh* I stayed up all night reading this online before it went off and while I was really interested in what was going on in the story at the time I was reading it I don’t really care what happens next. If you’re super into dystopian novels this is probably the story for you. Not a lot of romance, lots of action and there was Always something happening which was The Forsaken’s only saving grace for me. 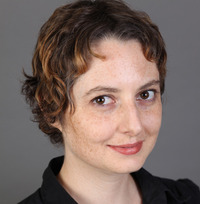 About the Author:
Lisa M. Stasse was born in New York, and has since lived in Spain, Russia, Hawaii, and North Carolina. She graduated from Cornell University with a degree in Government and English lit, and is currently a digital librarian at UCLA.  Lisa loves watching science fiction movies, cooking Spanish food, and dancing around her house to 80′s music.  She lives in Santa Monica, California with her husband and their two-year-old daughter.  All three of them are learning how to surf. Say hi at lmstasse[at]yahoo[dot]com.
To Contact & Follow:
Blog/ Goodreads/ Twitter/ Facebook
Posted by Reese's Reviews at 1:00 AM