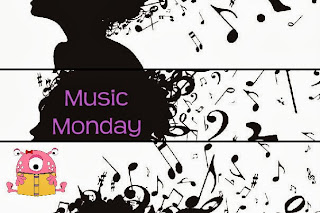 ﻿
﻿
Music Monday is a blog review I post on my blog to change up my reviews, and to share my love of music. I am extremely excited about this book review today, and I hope you like it too!!﻿ 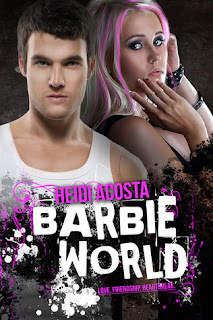 
Blurb:
“One Night is all it took to change everything between Barbie and me. One night to potentially lose the girl of my dreams forever. How do I prove to her that she can trust me? That all I want to do is protect her carefully guarded heart. I need to prove to her that I want to be a part of her world. But how?”

Dylan lost Barbie once before, now he is determined more than ever to win her heart and trust back. Easier said than done, especially with the new hot guy in town who is in a rock band and is the complete opposite of Dylan.

Barbie has been hurt beyond repair or so she thinks. It would be easier for heart to decide if she didn’t have to protect her little brother. And if Dylan would just put on a shirt! Dylan is not making this easy on her. It helps to have the distraction of the new guy in town cute bad boy Kai. But even though her heart is damaged it still knows what it wants.

When Barbie learns she has a family and with the help of Roxie and Kai, oh and Third and Dylan. They embark on a journey to help bring Barbie closer to a past she never knew existed.
Heidi Acosta brings you the heart felt story of friendship, love and heartbreak in the second book in of the Baby doll series Barbie World.

I love this song and it reminds me so much of how Barbie and Dylan feel for each other. Oh it's called Crave You by Flight Facilities. Song is so fitting I think. Hope you like it and if you want to check out the lyrics go HERE!

My Review:
Barbie World picks up almost immediately after Barbie Girl. Both books are mature YA with such tragic stories and great characters it's hard not to fall in love right away.

Barbie and Everett have now moved into Dylan’s family’s house. Everett has made the transition perfectly and everyone in the house loves him. Barbie? Not so much. The transition into the Knight family home is more difficult than she would have ever thought.

“We have been living with the Knights for six weeks now and it is perfectly clear that the Knights love Everett. Who wouldn’t? He is a sweet and quiet boy. I know that she doesn’t feel the same way about me, though, and who could blame her?”

Barbie goes through a hard time worrying about everything she does so Everett could stay safe. Barbie also sees a counselor once a week who tries to help her deal with her feelings about her life and the tragedy that went down with her mother. More and more though Barbie struggles with who she is and what she wants.

“I will never fit into their perfect cookie-cutter life.”

When Barbie meets Kai it’s an instant connection. They’re the same in a lot of ways similar taste in music, view of the world and clothing. Their shouldn’t be a problem except Barbie is still totally in love with Dylan.

“Dylan catches my eye and my breath hitches. This is why I hate him; he still affects me with just a look.”

Most of the book is Dylan and Barbie wanting to be with each other but not being able to due to the Knight rule that they cannot date under their roof. Another problem they face is Barbie’s lack of self-esteem. She doesn’t believe she can or deserves to be loved. She thinks very lowly of herself despite all the friends she has. It was a tad annoying because I was like “Barbie you’re awesomesauce now just be with Dylan already!” but that was not how it went.

Barbie World was an amazing book that really pulled at my heart strings and I could not put the book down. Barbie is such an amazing character because she’s so strong and she doesn’t even realize it which makes her relatable in her vulnerabilities.

One major problem I had was well I don’t want to say the entire book because that’s not how it is but..ok I’ll explain. The entire book goes at a quick pace and keeps you wondering what will happen but then the ending it’s like: BAM BAM BAM with event after event that I was kinda ticked that the future of Barbie and Dylan were so rushed.


This is how rushed it felt. Not the best video but it says what needs to be said.
If you’ve ever read one of my reviews before you’ll recognize that I loathe the whole “Cut to” with a good book. That’s my only real complaint other than I never get to find out what happens to Kai…which sucked because he is one swoon worthy boy.

Favorite Scene/ Quote:
“Yes you are, or you wouldn’t be here with me, like this, backed up against a wall, waiting on me to kiss you.” She smiles at me, tilting her head in my direction. I want to make sure she remembers how she feels when we are together. I am going to make her see that I am the right choice for her. I am going to prove to her that no one will love her and much as I will.”

About the Author:
Heidi Acosta was born on Long Island, New York. Moving around a lot when she was younger, she has lived in New York, Arizona, New York (again), Washington, Georgia, and Florida, in that order. Each place offered her something special, but she will always consider New York her home.
Heidi started writing as soon as she could spell. When she was three, Heidi’s mother gave her a copy of Laura Ingalls Wilder’s Little House in the Big Woods; thus beginning her lifelong love affair with literature.
Writing soon also became a form of therapy for Heidi, when she realized that no matter what was happening in her life, she could find emotional escape while writing. Some of her earliest stories featured her as a princess who explored new worlds with her horse Buttercup. If it sounds romantic, it wasn’t, there was no prince charming in those fairy lands (boys where yucky).
Heidi now resides in Florida with her husband, very active daughter, one hyper Chihuahua, two sweet cats, and one very fat moody cat.
Barbie Girl is the first Novel of Heidi’s new, four-book, Baby Doll Series: Barbie Girl, Barbie World, Doll Face, and Southern Sugar.