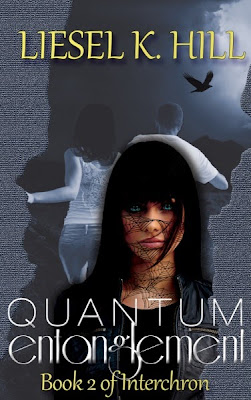 Blurb:
Five months after traveling to a post-apocalyptic future where collectives reign supreme and individuals have been hunted to the verge of extinction, Maggie Harper was returned to her own time until the threat to her life could be neutralized. She thought Marcus and the others would return for her within a few weeks, and now she’s beginning to worry.
When travelers from the future finally show up to collect her, it’s not who she expected. With the return of her memories, she wants more than ever to see Marcus again, but a snake-like woman whose abilities are a perfect match for Maggie’s, an injured Traveler, and decades of civil unrest to wade through all stand in the way of their reunion.

Meanwhile, Marcus and Karl traipse through the countryside, trying to neutralize Colin, who’s promised to brutalize and murder Maggie if he can get his hands on her. When a collective woman is left for dead, Marcus heals her, hoping she’ll be the key to killing Colin and bringing Maggie back. But she may prove as much a hindrance as a help.

The team struggles to get their bearings, but things happen faster than they know. The collectives are coalescing, power is shifting, and the one called B is putting sinister plans into action. If the team can’t reunite and get a handle on the situation, their freedom and individuality—perhaps their very identity—will be ripped away before they can catch their breath.

Hiya everyone I would like to welcome Liesel K. Hill on Reese's Reviews here today for an interview. Hope you enjoy!


Me: Was writing Quantum Entanglement the sequel in you Interchron series harder than writing the first novel in the series?

Liesel: Yes and no. Novel writing, like many other things, is something that takes practice. Once you’ve written one or two novels, it becomes much easier to write more. Persistence of Vision (Book 1) was only the second full-length novel I’d ever written. So in that way, Quantum Entanglement was easier to write. On the other hand, book 2 presents its own unique set of challenges when it comes to story-telling and making sure the story doesn’t bog down or suffer from “book 2” syndrome.


Me: What was your inspiration for the Interchron series?

Liesel: It was an idea that really evolved. For a long time, I thought I’d have a career in health science. I’m especially interested in brain-body interaction, which is where a lot of the science of Interchron originated. In college, I also took a literary science fiction class. We studied the difference between collectives and individuals. Before that, I only had part of Interchron’s story and I knew it wasn’t completely fleshed out. Once I took that class, I knew I had the other part of my story. From there, it simply evolved into what it is now.

Me: Who was the first person that ever read one of your published story?

Liesel: My dad’s always been my first and number one reader. He’s awesome, excited, and insanely supportive.

Me: In a few words describe Quantum Entanglement?

Liesel: Quantum Entanglement starts out a few months after Persistence of Vision ended. Maggie is waiting to hear from the team, Marcus and Karl and hunting a villain, and Doc and Joan have their own little drama going on. Book 2 delves more deeply into the histories of the characters, and moves the overall story toward its climax.

Me: How many P.O.V.'s are being told in this story?

Me: Which character was the easiest to write?

Liesel: Hmm. That’s a tough one. I don’t think any one character is significantly easier than another to write. But, if I had to choose one, it’d probably be Karl. He’s sort of a goof ball at heart, and my brothers are all that way. I base Karl’s sense of humor on them, so writing him comes pretty naturally to me.

Me: Are there big differences between the first book and the second?

Me: Did you always want to be a writer or did you ever want to be something else?

Liesel: I’ve always wanted to write. I just didn’t always see it as a major career. I always thought I’d do something else--something in health science, perhaps?--and would write novels on the side. Not until college did I seriously consider doing it full time.

Me: You're favorite song or song that reminds you of your Interchron series?

Liesel: I have a thing for dramatic, angry boy music. So I’m big on bands like Linkin Park and Breaking Benjamin, but there isn’t a particular one I would assign to Interchron.

Me: What is one thing most people don't know about you?

Liesel: I cook! I actually love to cook and do it often for my family. I keep lots of recipe boards on Pinterest and love to try new recipes. Especially desserts. :D 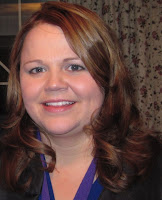 About Leisel:
Her scifi, fantasy and dystopian are written under Liesel K. Hill and her crime drama and historical fiction are written under L.K. Hill. She lives in northern Utah and comes from a large, tight-knit family. Loves to bake, read, and watch plenty of T.V. And plans to keep writing until they nail her coffin shut. Or the Second Coming happens. You know, whichever happens first. ;D