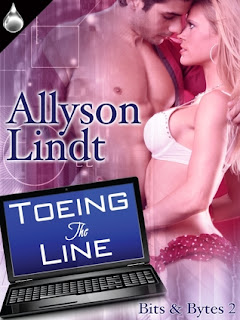 
Blurb:
Riley tends to fall hard and fast for the guys she dates, and it never ends with the wedding bells she expects. Tired of the heartbreak and unsure if she even knows what love is, she swears off unreliable things like dating and trying to find that elusive happily-ever-after spark. Focusing on her art seems like the perfect distraction, except she’s missing the physical side of being half a couple. Fortunately, her best friend, Zane, is happy to model for her drawings and tie her up in the bedroom, with no expectations. Just fun.

Zane’s granddad raised him with the belief that people who bring joy to the world should be protected at all costs. For Zane, his best friend Riley is one of those people, and he definitely doesn't mind when making her happy involves helping her pursue her creative dream and some sport sex with a hint of kink. They can have fun, and he can keep her from falling for the next idiot who comes along while she searches for her Prince Charming.

Regardless of her resolution, as things heat up between them, Riley finds herself falling again. She needs to decide if she’s in love with the idea of being in love, or if—despite Zane’s insistence that she deserves someone better—what she feels for him is the real thing. If she can’t learn to trust her heart and convince Zane he’s exactly what she needs, it will obliterate a lifelong friendship.


I received a copy of Toeing the Line for an honest review.

Riley and Zane have been best friends forever. When Zane was deployed for six years they did everything they could to remain in touch. However some things became out of hand when their messages become more and more intimate. Now two years of no contact Zane is finally home and ready for things to get back to normal. Except they aren’t because now they’re both attracted to each other and no matter what the other does they can’t seem to get over what happened in their private conversations. When Riley proposes no strings attached sex they both think it’s a great idea until both of them begin to get feelings for one another. Now both Zane and Riley must decide if they want to take the leap of sharing their feelings and risk losing their best friend forever.

The Sexy Time:
I was really looking forward to seeing how the two characters you know bow chika wow wowed. However, I found the interactions a tad dull. While both Riley and Zane claimed it was “the best sex they ever had” I found it rather lacking in the sexy factor. I felt there was too much thinking and technical terms like: “Crinkle of cellophane” when talking about a condom and that made the whole experience seem a tad unrealistic.

Insecurities:
Riley is insecure about a lot of things such as her art work. She wants to draw comics and throughout the entire book is scared to do so. Riley also is insecure about love because every time she’s with a guy she doesn’t love them love them likes she thinks she should.
Zane has insecurities about being good enough for Riley as a friend and as a lover. He’s always thought she was too good for him and I think that made him a sweet character to read about.

After Reading:
I felt Toeing the line was an ok story. The plot while over done if done correctly can be amazing Toeing the Line fell short for me. I did enjoy the characters somewhat although they did get a tad annoying at times they weren’t all that bad. I also thought the sexy scenes were a bit…I don’t know nothing special I guess. I wish I could have loved this story but I just didn’t. The upsides were it’s a great short read and I had no difficulty reading it. 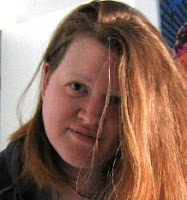 About the Author:
Allyson Lindt has been telling stories since before she could put the words on paper. She was lucky enough to marry her muse and soul mate. Their cats are their children, and when they’re not spending way too much time gaming, they’re building new worlds together. She loves a sexy happily-ever-after and helping deserving couples find their futures together.
To Contact or Follow: Blog/ Goodreads/ Facebook/ Twitter