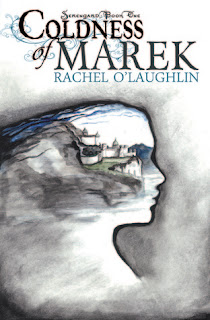 Book Description:
Serengard has been under Orion rule for centuries — centuries of insufferable adherence to laws and traditions that its people no longer believe in. Raised by her scholarly grandfather in the fiery southern city of Neroi, Trzl is dedicated to turning the monarchy into a free society where knowledge is king and no one has to be subject to the whims of an Orion.

As the rebellion escalates, her choices have an eerie impact on the revolution at large, elevating her to a position of influence she has only dreamed of attaining. But there are downsides to her new power that entangle her in a dangerous web of emotions, appearances and alliances. Even as she plays to the attractions of Hodran, a rich nobleman who wants to aid her cause, she is drawn to Mikel, a loyalist farmer who hates the rebellion but just might be winning her heart.

By the time Trzl realizes she is in too deep, she has an infant son and a dark mess of betrayal and lies. She runs to the furthest corner of the kingdom in hopes that she will be left alone with her child, but she has created too many demons. A figure she once trusted will take her captive in the chilling Cliffs of Marek, throw her back into the political upheaval she helped create, and leave her at the mercy of a man she never wanted for an enemy.


1. How did you come up with the idea for your book Coldness of Marek?
It was pretty much just the vague concept at first. I just knew I wanted to write a fantasy about a revolution, and I slowly fell in love with the idea. The cliffs became the setting because I couldn’t get them out of my mind, but with that setting came this need to make sure the people who lived there were weathered and rough. It took awhile to get it the way I wanted. Trzl is actually based on a girl I knew when I was a teenager. I didn’t base any of my other characters on real people, but her personality just clicked for me that way.
2. The Point of View (POV) seemed to switch around a lot, which pov was easiest to write?
Definitely Colstadt. Some of my favorite novels switch around POV, and I love viewing the main story conflict from multiple directions, so I just naturally fell into that. It was pretty hard to limit myself, though. I wanted to maintain Trzl as the main POV, and thus the others had to be somewhat of background characters. Colstadt was the least involved, and everything from his POV was set-up for the next novel — so no extra cool stuff about him — but his personality is very sweet and loyal. Most of the guys I know in real life are like that, and that’s what made him so easy.
3. What would you want to be if you couldn't be a writer?
Besides being a mama, I COULD be a musician. I’m okay at songwriting, but it’s definitely a crazy life and requires a lot of dedication and commitment… I tried it once, haha. But what I would really love, if I had the chance, would be to own or work at a small town bookstore/coffee shop/reading nook.
4. What's the hardest part for you about writing?
Finishing. I’ve started so many books, but seeing them through to the end is a huge challenge. Drafting is easy for me, it’s the revisions and edits that wear me down. I wouldn’t be able to do it without the incredible support of my friends and fellow writers, especially my editors, Becca and Darci. *waves hi*
5. In a few words how would you describe Coldness of Marek?
A rugged, bittersweet saga of misunderstandings and unusual partnerships that pivot around a struggle for power.
6. Are you planning on writing a companion novel for Coldness of Marek?
Absolutely! I have a sequel half-finished and a third book planned. The second book is called KNIGHTS OF RILCH and picks up where COLDNESS left off, but it focuses on another side of the struggle. All our main characters are still present, and the plot moves forward, but a lot of the heroes’ secrets come out of the closet and the villains’ motivations are unveiled. Also…there’s a warrior princess involved. I can’t say more. ;)
7. What was the hardest part about writing Coldness of Marek?
Probably trying to come to terms with my main character. She’s not that lovable. She’s pretty selfish, but at the same time unsure of what she wants, and she isn’t ready for either of the relationships she throws herself into. For awhile, I tried to “fix her,” because there’s no way I would react to certain things the way she did. But I couldn’t force her into a mold and have her still be real. She had to make those decisions, because that’s who she was, and she was being herself. I think the story is so much better for it, even though it’s hard for me to let Trzl out into the world just as she is.
8. Were any of the characters similar to you?
Hmm…not really. I might be a little bit like Kierstaz — with her control freak tendencies and knack for ignoring things that are right in front of her nose —  but I’m certainly not as tough as her. I’m more easy-going, and can be squeamish.
9. How did you come up with the name for your novel?
It was one of those things where I just started calling it that during drafting, and then I couldn’t imagine calling it anything else, y’know? It worked out neatly, because it has a double meaning — the Cliffs of Marek are bitter cold, and the character named Marek is a pretty cold individual. I like that about it, so the name stuck.
10. Was there any music throughout your writing that you thought would go really well with the book?
Oh, yes, so much! The whole playlist was up on Let’s Get Nerdy [http://letsgetnerdy.blogspot.com] at the beginning of my blog tour, but I think the songs that mean the most are The Hardest Part by Coldplay, Everybody by Keith Urban, and Fall Away by the Fray. There’s also an old song by British pop band Texas called Put Your Arms Around Me that could pretty much sum up Trzl’s emotional being.
My Review:
I received a copy of Coldness of Marek for an honest review.

Trzl has been a part of the rebellion since she could remember. Under the wing of the leader, Trzl’s grandfather Trzl feels very strongly about the cause to remove all the Orion’s from rule. At a meeting one night she meets Mikal who Trzl immediately falls for, but their beliefs are different and those differences separate them by worlds. Still the two can’t stay away from each other. When the time for the rebellion to strike comes Trzl tries to save Mikal and ends up finding his true identity, the Prince. Now Trzl must flee and runs into the arms or Mikal’s enemy. For ten years Trzl believes Mikal dead and tries to move on with her child and away from the new rulers. When Trzl and her son Malcolm are kidnapped and taken into the mountains their capture is someone Trzl never thought she’d see again someone who was supposed to be dead. Mikal or rather Lord Makal is not the same man Trzl knew so long ago and with secrets and lives keeping them apart Trzl must do everything she can to protect Malcolm. When Malcolm is kidnapped and sold back to the people Trzl was running from it’s up to Mikal to save her son but he may not make it out of the city alive this time.

I had such high hopes for Coldness of Marek but alas this book did fall short of expectations. Throughout the entire story I was completely lost. I felt there were so many characters, places, name of things, traditions, plans and just overall everything revolving around this story that I had a hard time keeping track. Another thing is the point of view, throughout most of the story I had absolutely no idea whose pov was being told. Almost every character got their pov told I think and I wish there had been some indicator as to whose perspective was being told. None of the characters were all that relatable but I did like Trzl the most out of the characters even those she was selfish and rude most of the time.

Overall, Coldness if Marek had many flaws but regardless I would still like to know what happens next with Malcolm, Trzl, and Mikal/ Marak. I feel as if Coldness of Marek is definitely one of those love it or hate it books. I hope everyone will at least check this book out. 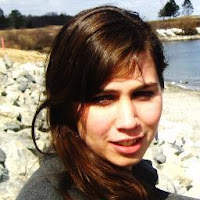 About the Author:
Obsessed with all things history, Rachel grew up reading adventure stories the caliber of Rafael Sabatini and only recently fell in love with fantasy as a genre. She lives in Maine with her husband and children, grows roses and tweets often. In addition to reading and writing, she loves coffee, spy series, and alternative rock. Her first novel, an epic fantasy titled COLDNESS OF MAREK, will be released in August 2013.