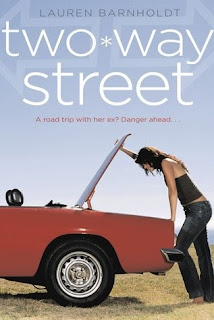 Book Description:
There are two sides to every breakup.
This is Jordan and Courtney, totally in love. Sure, they were an unlikely high school couple. But they clicked; it worked. They’re even going to the same college, and driving cross-country together for orientation.


Then Jordan dumps Courtney—for a girl he met on the Internet.
It’s too late to change plans, so the road trip is on. Courtney’s heartbroken, but figures she can tough it out for a few days. La la la—this is Courtney pretending not to care.

But in a strange twist, Jordan cares. A lot.

Turns out, he’s got a secret or two that he’s not telling Courtney. And it has everything to do with why they broke up, why they can’t get back together, and how, in spite of it all, this couple is destined for each other.


My Review:
I want to thank Pulse It for allowing me to read this book for free on their website.

Courtney is none too happy about going on the trip to college with her ex-boyfriend who dumped her for some girl he met on the internet. Sure that this is going to be a trip from hell Courtney is fully prepared to ignore Jordan the entire trip. Jordan has been miserable the last couple weeks without Courtney in his life. Faking a relationship on Myspace with an imaginary girl because he couldn’t continue lying to the girl he loves about the secret he discovered the first night they met. When their relationship began to grow from friendship to love Jordan wanted nothing more than to tell Courtney about the secret but couldn’t. Now on their trip to college every secret will be revealed, mistakes will be made, and Jordan and Courtney will have to decide if they can get over the secrets of the past and move on to start a future together.

Two-Way Street was a great quick read with a unique story and many relatable characters. The story took may twists that made the story interesting and I have to say the story was very hard to put down after starting the story.

I had a hard time liking Courtney at times. I felt she had such a difficult time with simple things and over-thinking and over analyzing every little thing it made things extremely difficult to like her very much. Another dislike was that there was a huge problem going on with the parents and yet two of the parents were never mentioned even though they were important to the story line. While for the most part the story was fairly predictable in almost every way it wasn’t too bad.
Overall, I would love to read more about Courtney and Jordan’s story, and I think finding out what happened to them in college would be a great sequel to a good book. Two-Way Street is a compelling story about secrets, love, and growing up. Lauren Darnholdt did an amazing job making the characters seem real in their interactions and their personalities. I would recommend this story to people interested in a quick read. 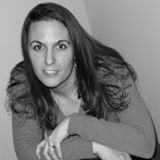