A Viel of Glass and Rain 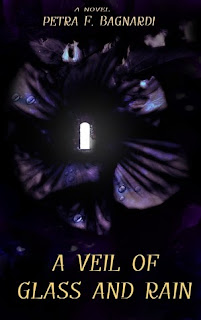 
Book Description:
Brina and Eagan meet for the first time when she's nine and he's fourteen. They like each other from the very beginning, although their bond isn't immediate, but it grows over the years. What links them is the fact that their parents are photographers and are extremely devoted to their work and to each other; so much so that both Brina and Eagan have to learn how to take care of themselves from a very young age. Despite their differences, age, gender, nationality, Brina is Italian and Eagan is American, they find comfort in their growing friendship.
Then Brina becomes a teenager, and her feelings for her friend start changing and deepening. New desires stir within her. As soon as Brina realizes how those feelings complicate her friendship with Eagan, she runs away from him.
A few years later, Brina is twenty and Eagan is twenty-five, they find one another once again. Brina is studying cinema in Rome and she's also trying to become a musician. Eagan begins to work as an architect in the same city. Eagan wants to be a part of Brina's life anew. Brina, however, is still in love with him; she finds it difficult to act merely as a friend and she keeps pulling away.

Set in the beautiful Rome, this is a sensual and romantic story of friendship and love.


My Review:
I received a copy of A Veil of Glass and Rain for an honest review.

Brina and Eagan have known each other for a long time and after Brina stole a kiss from Eagan she ran away. Now, years’ later Eagan has come to Rome to be close to Brina to try and win her heart once and for all. Brina doesn’t know what to make of her friends sudden reappearance in her life and while trying to suppress her feelings for him she realizes she needs to come clean about everything so their relationship can move on. Eagan surprises her though when he proclaims he has been in love with her all this time and after so many years apart they begin to build their lives together in Rome.

I hate giving negative reviews, I do everything I can to avoid writing them but I promised to give an honest review so here it goes. A Veil of Glass and Rain seemed to me like a poorly written book that mocked the entire genre of New Adult. I loved the description and thought it would be about two best friends falling in love. Instead the entire book was more or less to two in love (who need some major counseling I might add because Brina definitely suffers from anorexia and maybe depression while Eagan probably suffers depression and anger issues after his best friend was killed) who are more or less addicted to each other and have lots of sex and little interactions that have nothing to do with sex when the two are together. There are a lot of back flashes/ flashbacks of Brina and Eagan’s life together which I thought were executed poorly and seemed very random.While the book could have been great given the sights and their careers..it just wasn't good.

All in all, the novel A Veil of Glass and Rain was a story that fell very short in every aspect. There was no character growth instead the characters only became worse in their addiction and obsession for each other. There were a lot of grammar problems that were hard to ignore and seemed worse in this novel than any I’ve ever read. The writing seemed like the author was trying too hard and ended up coming out wordy and sounding ridiculous. I personally wouldn’t recommend this book but I don’t discourage anyone from reading it. Everyone has different tastes and preferences and A Veil of Glass and Rain just wasn’t for me. 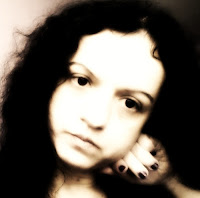 About the Author:
Petra F. Bagnardi is a television screenwriter and story-editor, and an indie-theater writer, director and actress.
She's an avid reader and an enthusiastic cinéphile.