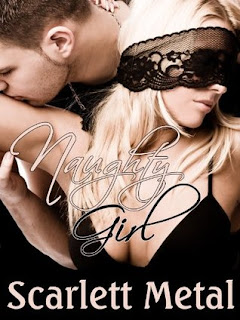 After getting hurt by his sub and wife, Paul swore he would never make that kind of commitment to a woman again.

They meet at the club that Alex frequents and quickly become play partners. The sex is amazing, but despite their reservations, they begin to fall for each other. Will they be willing to admit their feelings for each other?

Plot:
Alexandra is a frequent sub at a Dom bar. She’s against getting collared by any of the men though holding onto her freedom as long as she can. She’s determined to have as much fun as she can when she sees Paul at the bar one night she knows she has to have him.
Paul has written off all subs after his wife left him for one of the Doms’ at their bar. Leaving to start and help out at his friends bar all he wants is a fresh start. When his best friend convinces him to give Alex a try he reluctantly asks her for a meeting stating his demands.
When Alex and Paul discuss the rules their nights and days together begin to turn into something other than fun. After Paul and Alex finally go out on a date together and end up having to most mind blowing sex ever Alex runs afraid of her feelings and of being rejected.
Paul waking up alone isn’t sure what to think. Not sure what to do he goes looking for her at the bar, but she’s missing.
When Alex is finally ready to face her fears one of her ex-Doms comes back and begins harassing her. Paul coming to her rescue knows that this guy isn’t done with his harassment and takes her home.
Once there they know it’s time they both face their feeling for one another and see if Alex is finally ready to give her heart to another and to see if Paul is ready to give out another collar.

Characters:
Alex is a sub who is a slave in the bedroom but not out. She gives every man exactly what he wants but refuses to commit due to problems in her childhood. She’s a relatable character in a lot of ways and very admirable for her strength as well as her reluctance to be taken care of.
Paul has been broken by women before and isn’t sure he wants to go down that road again. When he meets Alex though everything changes and from his perspective we get the first clue on how far and fast the feelings are growing. He’s very protective and caring of Alex and while he controls in the bedroom he likes that Alex is a strong successful woman.

POV:
The pov goes back and forth I believe every chapter from Alex’s perspective to Pauls.

Overall:
I really enjoyed this book even though I didn’t really know if I would. I enjoyed the writing and the characters. The naughty scenes weren’t over the top over scary or anything like that so I was happy for that. Like I said I enjoyed the characters they both had their own issues but became even stringer because of that. The story is short so if readers are looking for a short read Naughty Girl would be a good one.

Recommendation:
I guess if you enjoy any of H.M. Wards latest books such as: Secrets, Tryst, or The Arrangements you would enjoy Naughty Girl