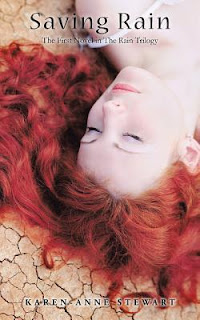 Book Description:
Raina has tried to forget her past, forget the pain, but when she finds herself staring straight into the fury blazing in her ex-boyfriend's eyes, her dark past comes rushing back. Furious with herself for actually having chosen someone like her father, she uses that anger to her advantage and fights for her life...and for her future that she prays will involve the man she can't seem to get out of her head. Kas is a natural leader, a fierce fighter, the type of man you send in when you need to get the job done. He is a courageous hero who is used to risking his own life to save others, but can he save the one who has captured his heart from her horrific past and the men who are hell-bent on destroying her? As Kas and Raina try to navigate through the twists and turns of a deviously intelligent human trafficking group, they find solace in each other's arms. Can they infiltrate the trafficker's tight ring, saving the innocent lives from imminent danger before it's too late?

Saving Rain is intended for readers 18 and older.

Book Excerpt
The warm spell has continued, and the clean night air is refreshing when it lightly blows against her skin as they walk to the jeep.  Kas opens her door and helps her in before climbing in himself, cracking the windows so they can enjoy the crisp breeze. They stop at a local pizzeria and order a pizza to go on their way.

Kas drives her to a place called Hains Point.  The view of the moon and the reflection of the cherry trees glimmer over the slow ripples of the Potomac River, putting on a stunning show.  He has to remind himself to breathe when he looks at Raina and how the wind softly blows her hair.  “Truly breathtaking,” he whispers, his voice low and husky from desire.

Raina, mistaking his meaning, smiles, “It certainly is.”

Kas lets out a small chuckle as he shakes his head before retrieving a blanket and the pizza from the back of the jeep. He grabs a folded card table and chairs, throwing the tartan blanket over the top.  He knows that the traditional picnic of plopping on the ground to eat would be very uncomfortable for Raina in her current condition. Raina takes in the picnic setting Kas has created, and she is overcome and touched by his thoughtfulness.

“I come here sometimes when I need to clear my head,” he states as he looks at Raina staring out into the magical beauty of the scenery around them.  “Or when I’m searching for answers,” he continues, his tone just about a whisper as he studies her.

“It’s so beautiful,” Raina exclaims, her silky voice filled with awe and her eyes soft and dreamy as she watches the reflections slowly dance on top of the watery, onyx stage.

Kas spends several minutes just watching her, admiring her, as she is lost deep in her thoughts. After a few moments, the delicious aroma of the pizza and its loaded toppings are too tempting to ignore and they spend the next half-hour eating pizza, talking, and laughing. Kas shares stories about his large family made up of his dad and his two uncles, three aunts, eleven cousins and his grandparents.  He laughs as he remembers the summer when they all went together to visit his grandparents.

“My grandparents have a farm with a large farm house and a guest house, so we all went there for a visit one summer when I was eleven.  It was great for all of us kids to be able to take off into the corn fields and play until sunset, without any of the parents having to worry about us.”

Raina leans against the back of the chair, carefully tucking her legs underneath her as she listens attentively to Kas’ story.

“My grandfather had bought a puppy a few weeks before we arrived and he was wound tighter than the eleven of us rolled into one.  We were told to not let the puppy near the animals but I guess we were too distracted by playing, because the puppy came running when we were feeding the chickens, and he took after them like a speeding train, ready to derail.  All you could see was a melee of chickens flapping and squawking, the puppy barking, and feathers flying.  The dog chased those poor chickens all over the yard, through the mud puddles form the previous night’s storm, and every last one of us kids was wet and muddy from trying to catch that darn dog.”

Kas’ head leans back as he laughs at the memory.  “The puppy was better than any quarterback I’ve been up against, as he dodged and ran through our legs and then went straight into the door that one of us must’ve left wide open.  Our parents were mortified, my grandmother was in hysterics, and my grandfather was laughing so hard he was doubled over, as the puppy ran through the house and jumped on the couch with those muddy paws.  My grandfather thought all of the commotion was hilarious until the puppy overshot the turn and ran straight into the TV stand, knocking it onto the floor, causing pieces to fly everywhere.  The darn dog must’ve known that ‘all you know what’ was getting ready to break loose, because he sat down and looked up at everyone with those large, innocent puppy dog eyes.”

Kas’ hearty laughter echoes through the spring night air, sending sweet chills up Raina’s arms.  “I thought my grandfather was going to tan all of our hides, but he took mercy on us and just took us outside and hosed us down instead.  After we were mud free, he sent us back inside, where we spent the next few hours cleaning up the muddy disaster.  Pops came out better in the end anyway, after our parents went in together and bought them a new large screen TV.  We spent the next two weeks doing extra chores to repay them. That was one of the best summers I’ve had.”

Raina watches how happy Kas looks as he recalls his favorite childhood memories and instead of jealousy for something she never had, warm comforting feelings run through her, knowing that he has those memories to cherish.

Once all the pizza is gone, Kas refuses to let Raina help him pack up the table and chairs, instead sending her off to enjoy the view.  He plays with the radio until he finds a station he likes.  He leans against the trunk of a cherry tree with his legs out in front of him, one foot resting casually over the other, and his thumbs tucked into the edge of the pockets of his well worn jeans.  He watches Raina run her hand tenderly down one of the blooming branches of the cherry tree.  His heart does funny things when he sees a smile spread across her luscious lips as she inhales the sweet cherry aroma.  He is taken aback by the intensity of his desire to take her in his arms, press her soft, feminine body against his firm, masculine frame.  He wants nothing more right now, than to get lost in the scent of her, as he holds her in his arms, slow dancing under the moonlit blossoms of the cherry trees.

As if Kas’ thoughts beckon her, she slowly turns around.  When their eyes connect, the truth hits Raina like a bolt of lightning.  She has fallen in love with him, helplessly and unequivocally in love.

That night, under the pale light of the moon, the full impact of the harsh meaning behind the saying ‘truth hurts’ slams into Raina just as viciously as a sucker punch.  For the first time in so many years, she has to fight back tears that threaten to spill from her eyes. Every fiber of her being wants Kas, needs him.  Her heart, her body, and her soul cry out for his love.  The thought of him not loving her back hurts worse than the sharpest sting from her father’s belt ever could.  Looking at him looking at her, she does what she does best and forces her emotions deep inside and plasters a smile on her face as she walks, lovesick and deflated to the jeep.

Kas witnesses the earlier carefree attitude dissipate from her lovely face and he tenses as his heart restricts when her usual guardedness returns.  Kas knows that she has started to lower her defensive barriers the past few days with him, and he’s bound and determined to chip away at her wall, until it’s nothing but a pile of rubble at her feet.  He knows that he only has a week or so left with her, before she will be healed enough to be on her own without too much worry.  He also knows that it’s not enough time.  Before he has time to change his mind, he blurts out, “I don’t want you going back to the cabin, it’s too secluded and that makes it dangerous.”

Raina stops walking and swallows her desire to tell him that she would stay with him forever if he just wanted her.  She meets his gaze over the hood of the jeep and replies wistfully, sorrow darkening her jade eyes, “Don’t worry, I won’t be dating again anytime soon.”  She opens the door and slips inside, the cold leather of the seat matching the coldness gripping her heart.

Pain slices through Kas’ soul.  He deflates at how her understanding of dating correlates with physical harm.  The ride back home is quiet, with just polite pleasantries being exchanged.  The silence is deafening as Raina stares out the side window, so lost in thought that she sees nothing of the beautiful scenery.  Kas steals glances at her, longing to pull her into his arms and kiss away the pain and sadness. 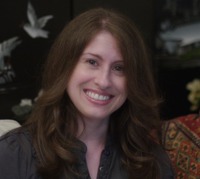 I am a new author and have recently discovered that I am now addicted to writing. My first novel, Saving Rain, was originally going to be a single novel, but it quickly turned into a trilogy. I fell in love with the characters and had to continue with the story. Saving Rain is a new adult contemporary romance meant for readers 18 and older. I live in the mountains with my family, and I love to read, hike, and travel when I am not writing. I am a sucker for romance, especially a book with a strong alpha male who has a sensitive side. I also enjoy a good mystery and thrillers. My favorite author is James Patterson, he is an amazing writer. With being a newbie, I am just learning all the ropes, but I'm loving the wild ride. I plan on writing for as long as my fingers have dexterity.