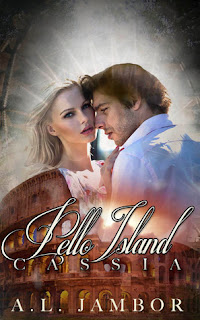 Book Info:
Title: Pello Island: Cassia
Series: Pello Island
Edition: ebook
Pages:181
Genre: Historical Fiction, Fantasy
Published by Woofie
Release Date: June 8th 2012
To buy: Amzon.com
Book Description: (goodreads)
Cassia, the young daughter of a wealthy Roman merchant, seems destined to live under her father’s thumb until the day she dies. Her fate is changed, however, the day she meets Darius – a nobleman whose addiction to gambling has left him in dire straits. They fall in love, but Darius’ father forbids a marriage. Cassia, under the spell of first love cannot let him go. She goes to him, and their reunion ends in tragedy. Darius is falsely accused of murder and sent to Pello Island, a prison colony south of Sicily, and Cassia vows to join him there in six months.

Two thousand years later, Cassia and Darius are still alive and living in upstate New York. Their souls have been recycled over and over into the bodies of recently deceased mortals, and they should have fulfilled their destinies long ago. Darius, whose fear of eternal death fills him with paralyzing fear has been unable to comply with a rule governing his destiny, and now the gods, hoping to finish the mortals’ time on Earth, are manipulating events to force Darius to comply.

What happened to Cassia and Darius on Pello Island? Why were they placed in different bodies many times over for two thousand years? Will the gods’ plan work, forcing Darius to fulfill his destiny once and for all?

Pello Island Cassia is the first book of the Pello Island series, which concludes with Darius Pello Island 2, is also available in digital or paperback.
My Review:
I received a copy of this book for an honest review.

Plot:
Waking up with drugs in her system in her own vomit is nothing new to Cassia. When Cassia wakes up in a new body she heads back to her real home in New York. Cassia and the others think this is just another life run through due to Darius messing up again, but circumstances are very different this time. If Darius doesn’t do his job like he’s supposed to this time he and all the others involved in their past will be locked out of passing over and be put in Purgatory or Hell.

Now Cassia must remarry Darius and Darius must stay away from the gambling places. Everyone’s bodies look the same as they did before nearly two thousand years ago, and the Gods have made it so everything they do reminds them of their life before, the life that started it all.

Characters:
Cassia: Cassia’s life has been a constant struggle. Her back story is great and shows how she became the woman she is in the current story.
Darius: Darius in my opinion is a real butt face. He’s a coward which he shows and admits to on more than one occasion in this story. He’s a gambling addict and has been in all of the lives h. He seems to have no feelings for others and only looks out for himself. He also continually letting his daughter die because he was “busy and didn’t feel like it.”

Setting:
The story is told from all the characters in New York City but the internal story takes place in Rome.

Overall reaction:
I wasn’t a big fan of this novel for a couple reasons: the p.o.v. was all over the place, the characters personalities were severely lacking. While the story was detailed enough to make a great story the characters were very aggravating.

Cover:
I love the cover a whole bunch it’s beautifully done and creative.

Title:
I don’t really get the title since Pello Island isn’t really mentioned until the end or show too much relevance. 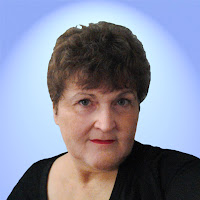 About the Author:
For most of my life, stories have played out in my head, and in 2011 I began to write them down. Sometimes they come so fast I have to stop what I'm doing and write. It is the one thing that brings me pure joy. The characters are born and grow, and they move through my mind like scenes from a movie. I wake up in the middle of the night and a new scene is forming. I have to keep notebooks by my bed and in my handbag. Sharing these stories has been a pleasure. I hope they will enrich your life, too.
To Contact/ Follow:
Website/ Goodreads/ Twitter
Posted by Reese's Reviews at 1:00 AM