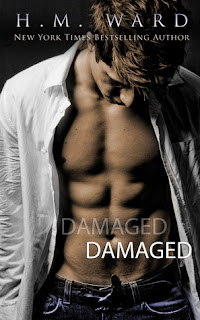 Life sucks. And, as soon as Sidney picks up the pieces something always knocks her back onto her butt. It's never pretty, but this time is different. This time pretty isn't even the right word.

Peter is the personification of perfection. It's like he fell off his angel perch in purgatory, because let's face it--any guy that hot has got to be naughty. He was probably sent here to ruin her life.

Peter is beyond beautiful with his sexy blue eyes, dark hair, and toned body. Add in his charming wit and Peter is everything Sidney ever wanted in a man, but when things get hot and heavy Peter shows her the door. Sidney takes the walk of shame and leaves. It's the end of the worst blind date ever. Her life couldn't possibly reach higher levels of suckage, but it does.

The next morning everything comes crashing down. The insanely hot guy from last night, the one that saw her half naked, is teaching at the front of the class room.


My Review:
I received a copy for an honest review.

All Sidney wants is to go back to normal, back to the way things were before everything happened with her family, and her ex-boyfriend. Too bad she’s still stuck, like no matter what she does she’ll always be where she was nearly four years ago.

Running away to Texas, Sidney thought everything would go back to the way it was. Now four years later here she is, in another restaurant with her best-friend and roommate Millie on another blind date. When she enters the restaurant she sees him, the guy she thinks is her blind date. Sitting down and talking to him she realizes she hasn’t felt so comfortable with anyone let alone a guy in a long time. When Millie finds her and tells her she’s at the wrong table she’s mortified. Moving to the correct table her date keeps making her feel so uncomfortable that she bolts.

Exiting the restaurant she sees him again, the hot guy from the table, and his car is broken. Driving him home he invites her in and things get a little carried away until he asks her to leave. Feeling ashamed she exits and goes home, thinking she’ll never seem him, Peter again.

That is until class the next day when after she gets some devastating news comes face to face with her new boss and teacher, Peter. Things couldn’t get any worse as they both realize his job, and her scholarship would be in jeopardy if they ever get into a situation again. Swearing on avoiding Peter at all costs she tries to move on from the embarrassing event.

Too bad she can’t. Millie wants them to take a class together, swing dancing and the person who is helping the class is non-other than her crush hottie teacher Peter. Soon dancing becomes countless dinners, and becoming more and more comfortable around each other, almost like friends. When Sidney finally realizes her feeling a threat from the school board lets her know that they can no longer be friends.

When Peter finally confesses his feelings and Sidney runs out she runs smack dab into what and who she's been running from all this time. Now Sidney has to decide if she’s going to continue to run or stand up and face everything she wants so desperately gone. Either way she knows she’s completely damaged, and she’s not alone.

I loved this book. Honestly I think it’s my new favorite. Sidney is such a hilarious character who while she has problems is still strong even though she doesn’t realize it. I think she’s my favorite character H.M. Ward has ever written. Peter is the most swoon worthy guy ever. While he may be just as damaged as Sidney he is still amazingly sweet and sexy.

Damaged is New Adult which I am finding is quickly becoming my favorite genre. I related very well to Sidney for we have similar experiences and I loved the sense of humor everyone has in this book. Damaged is well written and such a quick read more me. It’s lengthier than H.M. Wards recent books and that made me super happy. H.M. Ward is such an amazing writer with such deep and emotional books, and Damage is no exception. I am a huge fan of this book and know from the first few pages this book became my new favorite of hers. I pray and pray and pray everyone will check out this unique passion filled book that kept me reading and captivated until after the last pages.

Oh and P.S.: This cover is the best cover EVER!! Sweet holy moma hot hot hot!!! Can anyone say yummy?

Favorite Quote: Honestly one of the best scenes ever!
“Then why are you laughing?” I’m pouting. I don’t mean to, but I’m an emotional lunatic. We hear someone scream and then a crash. They still haven’t caught the little beast. Damn squirrel.
“Because this is the kind of thing that would only happen to you. You’re at the best restaurant in town at get attacked by a squirrel.” He starts laughing again. 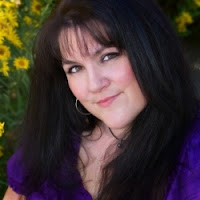 Ward was featured in the Washington Post for her debut novel Demon Kissed. Series by H.M. Ward include Secrets, Scandalous, The Arrangement, Demon Kissed, Vampire Apocalypse, and The Secret Life of Trystan Scott.

You can interact with this bestselling author at: www.facebook.com/demonkissed. Don't want to miss a release date: Text AWESOMEBOOKS to 22828 and get an email reminder on release dates.