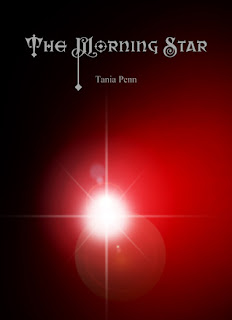 Synopsis:
Being the daughter of Lucifer keeps seventeen year old Dawn Belial busy. For almost her entire lifetime, she has been trying to think of a way to free her Archangel mother, Michaela, whom her father has held captive for centuries. She's also attending high school - balancing trigonometry, history, and recruiting souls for her father along with her wicked half-sister, Venus. There has been no time for love until she meets mysterious Gabriel, a British exchange student. As they fall in love against their will, she discovers a startling secret about him, and a shocking connection to her mother that changes everything.
Unofficial Book Trailer:
My Review:

I received a copy for an honest review.

Initial Reaction:
I love all things that involve fallen angel stories so I super excited when I was asked to review The Morning Star for a blog tour.

Plot:
Dawn Belial has been doing her fathers’ work for centuries alongside her half-sister Venus. Setting fires and rallying up souls for her fathers’ army is nothing new to her, neither is “flirting” at a club with her half succubus sister. While out at the club one night she sees a hot guy, a guy who catches her attention like no one ever has an extremely hot guy who isn’t swayed by Venus’ flirtatious ways a guy who only has eyes for her. When they leave the club Dawn isn’t so sure she’s ever going to see him again until she spots him again at her school. His name is Gabriel and he’s been sent on a mission by his father to figure out a way to free Dawns’ mother from the eternal prison Lucifer has banished her to a prison that Dawn has been trying to figure out how to break her mother out of for centuries. When Dawn tries to help a friend and a series of events lead to a students’ dying the guilt of what she’s done eats away at her. When Gabriel comforts him and the two fall more and more for each other Gabriel knows it’s time to come clean. When everything that is said and done Dawn must decide who’s more important in her life, Gabriel the boy she’s in love with and has been using her, or her father who seems to have his own sinister plans for her.

Characters:
Dawn was an interesting character. She deals with a lot of back and forth with who she is and is constantly looking for approval from her father.

Venus is a total ‘b’ word if you catch my drift. While constantly looking for approval from both parents unlike Dawn she’s very cold and spiteful towards Dawn.

Gabriel is a total hottie. While running hot and cold towards Dawn during their initial meetings it’s not totally understandable. Seriously though my mental image of him? Hunksicle!

Storyline:
I felt the story was a tad predictable in what was going to happen. Not that that’s a bad thing or that everyone will view it that way that may have just been me.

Overall, the book was decent. I wasn’t too fond of the characters and I felt like everything was drawn out with the writing. I don’t know why but there was just too much description for me. I did think the book was an interesting read and I encourage anyone who wants to check this book out! There will be a sequel by the way!


THE PRIZES:
The first prize pack listed includes an eBook of Birthright by Willow Cross, Destined to Change by Lisa M. Harley, Forever and Always by Beverley Hollowed, and The Morning Star by Tania Penn.

5 additional winners can each win an eCopy of The Morning Star.

In addition to that, there will be five winners who will each receive a swag pack containing The Morning Star bookmarks and stickers.

This giveaway is opened internationally.
a Rafflecopter giveaway
The Author: 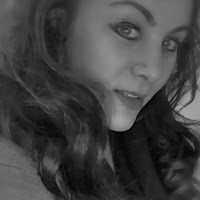 Author of debut young adult novel, The Morning Star. Currently working on the sequel, Equinox, as well as a chick-lit, rom-com, slightly sleazy and funny story with a twist, Catching Frogs. And, because I'm loco in the roco, I've got about 12 more on the back burner. When I'm not writing I can be found kayaking, hiking, ninja-training, traveling, and taking a ferry over to the San Juan Islands to search for the elusive creature known as the "Orca." I also am constantly adding ridiculous wants, needs, must-see's and do's to my ever expanding bucket book.

I covet a delicious malbec with a rare steak and make a killer salsa.