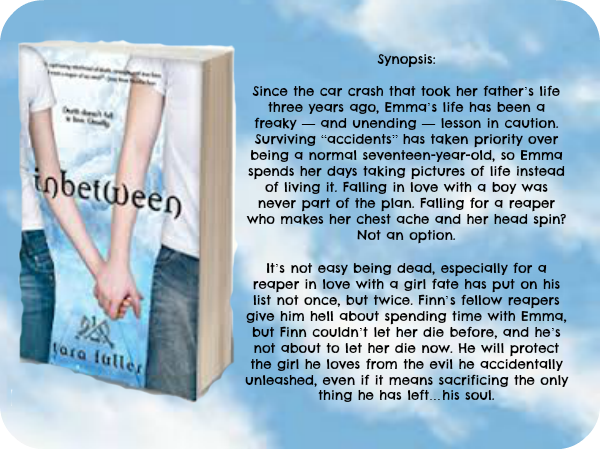 
Finn's afterlife sucks. His job is to collect souls and bring them to the Inbetween where they will be judged. Finn hates his job, hates taking souls out of their bodies with his scythe and bringing them to an untold future. Having lost the love of his life and being continuously punished for the deed he crosses paths with his love again. Too bad he's supposed to bring her to her death, but ends up saving her and bringing her into the path of an evil that wants to doom them both.

Emma's life after that fateful car accident that had cost her fathers’ life has been filled with nothing but aching loneliness. Constantly on edge from accidents she can't explain has landed her in the psych ward. Now that she's out no matter the strange occurrences she'll keep them to herself to keep herself out of there.

When one of the "accidents" nearly kills her in front of the school Finn ends up going solid to save her. Seeing him Emma has a flash of recognition and can't get him from her mind. Too bad that little stunt has Finn in trouble with Balthazar, the being that can and is threatening to send Finn to Hell if he goes out of line for the girl again.

While walking to tight line of protecting Emma from Maeve, saving all the souls he's supposed to, and staying out of Hell Finn isn’t sure how much more he can take or his pressing guilt over Emma’s life.  When Emma’s desperation to find answers become too much, Finn reveals himself and what he is to her.

Quickly what became a search for answers leads to the two falling madly in love. Even with all their struggles Emma is quickly finding that while her life is becoming more and more complicated she has Finn.

This was the problem. When I was with Emma nothing else mattered. The lines disappeared. I could barely remember the rules I was supposed to be following.

When the “accidents” lead to Emma almost dying a few times, Emma finds out the truth about whom she used to be and who Finn is to her, with the truth revealed to her she realizes, everything has changed.

When everything comes to the end Finn takes a risk that very well could end him in Hell and away from Emma forever.

Inbetween is an amazingly unique story that will have you wishing for love in the afterlife. I really enjoyed reading Inbetween. At first I thought I wouldn’t because every time a bunch of people seem to love a book, I don’t. Thankfully that wasn’t the case at all with this book.

Tara Fuller did an amazing job with this unique story. The story line was so unique and different from anything I’ve ever read before.

Emma is an alright protagonist. I generally like to read about strong protagonists, and Emma was anything but. I had a major issue with her during one of the scenes. First off, during the scene she’s going to see a horror flick. Now, I may not have ever watched a horror movie before but I always know the people who go off alone somewhere end up dying. You’d think the chick would know that but nooo!

Blood trickled into my eye and I managed to swipe it away with the back of my wrist.

I loved Finn. Super sexy, super loyal, super vulnerable Finn is everything a girl could want, well except for the dead part. He was honestly my favorite character in this book. I liked his friends who I am hoping will have their own books, but I loved Finn best.

Cannot wait for the next book Blurred, as I know it will be as great as Inbetween. I hope everyone can check out a copy of this book and read Tara’s awesome writing and find out about the Inbetween and the forbidden love that happened there.


I froze when his warm, solid lips pressed against mine. This...this couldn't be happening. Finn was kissing me, really kissing me. My lips parted in surprise, my neck stinging, but the pain was worth it. He moaned against my mouth, and the sound ran through my body like fire in gasoline. One of his hands slid down my jaw, cradling my face to deepen the kiss. 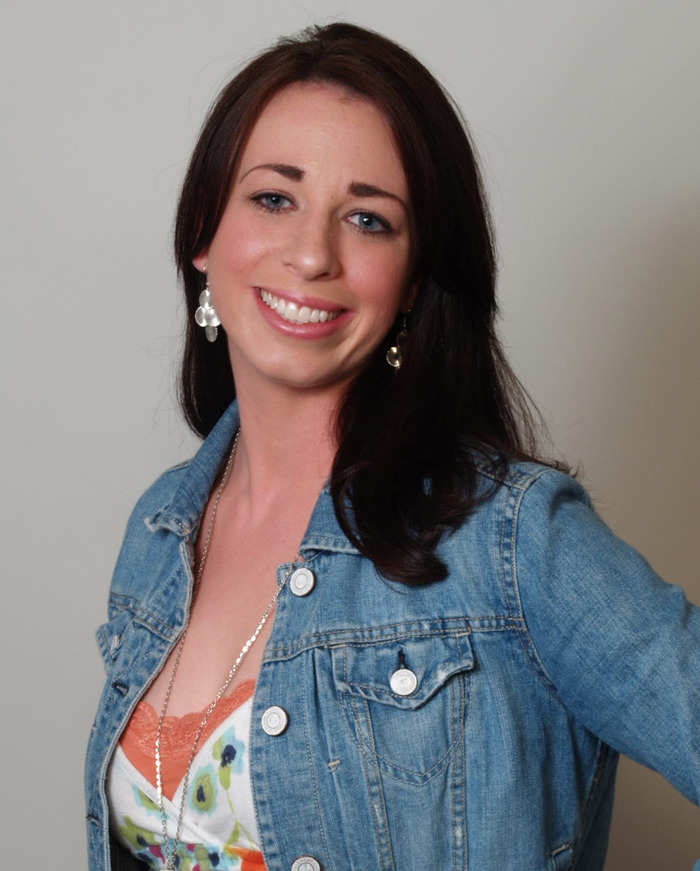 About the Author:
Tara Fuller writes books for teens. Some about witches. Some about grim reapers. All about kissing. Check out her upcoming YA novels INBETWEEN (Entangled Publishing) August of 2012 and PERIGEE MOON (Crescent Moon Press) January of 2012.