Blog Tour: Hidden Under Her Heart 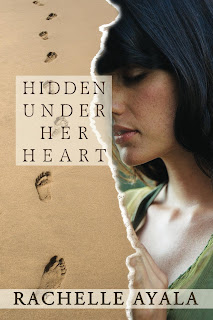 Book Blurb:
Maryanne Torres is a compassionate nurse who fails at relationships. After a string of losers, she swears off premarital sex, hoping to land a marrying type of man.

Lucas Knight, a law-school dropout, moves to California to train for the Ironman Triathlon. He's smart, sweet, and everything Maryanne wants in a man, but their relationship suffers from his dedication to the sport. Seeking consolation in the arms of a handsome preacher's son, Maryanne attends a church party where she is raped.

Maryanne is pregnant from the rape and plans to abort. But the identity of her rapist is hidden in her baby's DNA. Lucas asks Maryanne to seek alternatives and pledges to support her through the pregnancy. When Lucas becomes the prime suspect, Maryanne must clear his name and make a life changing decision.

The rapist has other ideas. In order to destroy the evidence, he offers Maryanne an illegal offshore abortion. With Maryanne's life in danger, Lucas races to save her and her baby. However, Maryanne hides a secret that threatens to tear them apart forever.

I received a copy for an honest review.

Maryanne is a dedicated nurse who with her best friend has sworn off all sex until receiving a proposal. After countless bad relationships Maryanne thinks she's up for the task. That is until Lucas Knight comes in for his allergy shots. While trying to ward his advances off he somehow weasels his way into her life, and her heart.

Lucas Knight has his dreams set on training and making it to the Olympics. Knowing he has to train hard daily he holds this dream above almost everything else, until he meets Maryanne. Maryanne while seemingly hard and cold at their initial meeting, Lucas can see she’s fragile and broke underneath that rough exterior. Wanting nothing more than to make her happy he sets out on becoming her friend and quickly becomes her love interest.

Maryanne has had so many heart breaks that she doesn’t know who or how to trust anyone anymore. Catching Lucas in a compromising situation she sets out on trying to forget him at a church party she was invited to. What ends up happening changes her life forever.

Finding Maryanne out behind the church dumpster, barely conscious, with no memory and odd clothing, Lucas quickly calls the police and tries to sort things out. Sending Maryanne in the hospital for an exam she soon finds out she was drugged. When later Maryanne finds out she’s been raped by a video gone viral she quickly takes a pregnancy test and finds she’s been impregnated by one of her rapists.

Dragging Lucas into her horrible situation isn’t what Maryanne wants to do. Too bad when he finds out he insists on trying to take care of her through her pregnancy and having her not have an abortion.

When everything becomes too much and Lucas’ reputation and career are run through the mud Maryanne does everything she can to make sure that Lucas is cleared of all rape charges.

Just when things start looking up Maryanne’s life gets turned upside-down and realizes she may want to keep this baby after all.

This story is absolutely nothing like I expected. I wasn’t really sure what I expected thinking back now but this was not it. Hidden Under Her Heart has a great moral behind it. The story talks a lot about the toll an abortion takes on everyone.

While this story was great in its originality, writing, and story-telling, I had a lot of problems with it. Well not a lot but I did not like Maryanne as a character at all. I felt she was an un-relatable character to me no matter how hard I tried to feel for her. Her character was so inconsistent with everything. She wants one thing but does another she’s a control freak who goes out drinking? She’s a nurse who should know the effects of a date rape drug but refused to get tested? She wants everyone to give her another chance when she barely gives anyone else one. I just found her so pathetic and hypocritical I could barely stand her much of the time.

Lucas on the other hand I had no problem relating to. First off, I have been dying for more ethnicity in books and not just the best friend. Lucas is a love interest who is half-black and half-white, just like me!! Did you know most of the time if the mother is black while the father is white the child is darker? True in all instances I’ve seen. Anyway I love Lucas. He’s sweet, considerate, and while he has his own problems that he has a hard time with he is always true and loyal to a fault.

Also another side point to add here when Lucas talks to Maryanne about his father and then she asks if he knows or has ever met him? Wtf seriously? I know the stereotype is that black people are all bastard children and don’t know their fathers, like myself, but who the hells asks that?

Sorry distraction there, overall the story was good. Told from the dual perspectives of Lucas and Maryanne really opens up to what the two characters are viewed as and how they think they are. I do think this book is one of those where it’s only a one time read. It was an inspiring and eye opening story that I hope some people will check out!

Third and final side note: The cover and the title make total sense as to what they are and I love when that happens!! 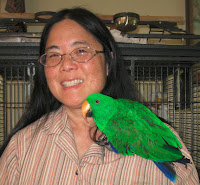 Rachelle Ayala is the author of dramatic fiction crossing genres and boundaries featuring strong but flawed characters. She writes emotionally challenging stories and is not afraid of controversial topics. However, she is an optimist and laces her stories with romance and hope.

Rachelle Ayala has written three novels. Michal’s Window is a powerful and emotional journey as lived through the eyes of Princess Michal, King David’s first wife. Broken Build is a story of redemption and healing where a man learns to love and trust the woman who destroyed his life. Finally, Hidden Under Her Heart is concerned with forgiveness in the face of judgment over abortion.


Buy links for Hidden Under Her Heart

Kindle
Paperback
Nook
Posted by Reese's Reviews at 1:00 AM