Snark and Circumstance by Stephanie Wardrop 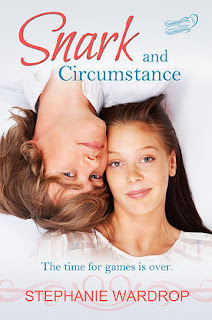 Book Info:
ebook
Published by Swoon Romance
Released: February 5th 2013
Author: Stephanie Wardrop
Synopsis:
One superior smirk from Michael Endicott convinces sixteen-year-old Georgia Barrett that the Devil wears Polo. His family may have founded the postcard-perfect New England town they live in, but Georgia’s not impressed. Even if he is smart, good looking, and can return Georgia’s barbs as deftly as he returns serves on his family’s tennis courts. After all, if Michael actually thinks she refuses to participate in lab dissections just to mess with his grade, he’s a little too sure that he’s the center of the universe. Could there be more to Michael Endicott than smirks and sarcasm? If Georgia can cut the snark long enough, she just might find out.

Guest Post:
So what’s an asswaffle anyway? An insult and a contest

The opening line of Snark and Circumstance.

my YA take on Pride and Prejudice reads:

I’m not one to judge, but the new kid is a stuck-up asswaffle.

which begs the question: what’s an asswaffle? And where did that term come from
anyway?

I swear this is true, but it might be a dream: “Asswaffle” came to me through the
magic of iPhone autocorrect. I have no recollection whatsoever of what I typed
in originally and have no idea how Autocorrect could have possibly come to the
conclusion that what I really meant to say was “asswaffle”, but there it was.

And, clearly, it’s a great word.

It’s an insult, but silly and delightfully ambiguous.

Is it a breakfast treat for a pack animal?

A breakfast treat made of pack animals? (No treat, that!) Or, even worse, a breakfast
treat made from the posteriors of any number of creatures? That’s just gross.

Does it indicate the cross-hatch marks that would appear on your nether cheeks if
you sat on a tennis racket?

But it sounds good.

So why don’t you come up with your own silly insults and send them to me? Tweet me at s_wardrop on Twitter with the hashtag #sillyinsults, or post them to my Facebook page, Stephanie Wardrop, YA Author and I’ll pick some winners to receive the first book in the Snark series of enovellas from Swoon! The deadline is March 1st, so channel your best Don Rickles or the French soldiers from Monty Python and the Holy Grail and send me some silly insults!

“Your mother was a hamster, and your father smelled of elderberries!”

Review:
Georgia Barrnett doesn't fit in at school. On a promise to her mom before the first day of school she has to try this year to make some friends. Too bad in her first class she meets Michael Endicott a polo wearing new kid who insists he needs a specific seat or else. When she gets partnered up with him in bio and tells him that she can't do the dissection he becomes even more aggravating.

Now weeks into school and still finding Michael the bane of her existence she starts making friends and is invited by her sister to a party. When Michael and the entire group pretty much ask her to leave she makes a snarky comment to all of them and leaves.

When the continue getting pared up and the rumors finally reach Georgia about why Michael was kicked out of prep school, she begins to wonder if maybe there is more to Michael than his annoying attitude.

Overall really short story, kinda predictable but the characters are interesting enough that it doens't matter too much. 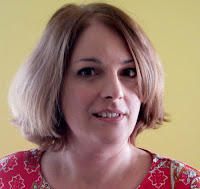 About the Author:
Stephanie Wardrop grew up in Reading, Pennsylvania where she started writing stories when she ran out of books to read.  She’s always wanted to be a writer, except during the brief period of her childhood in which piracy seemed like the most enticing career option -- and if she had known then that there actually were “girl” pirates way back when, things might have turned out very differently.  She currently teaches writing and literature at Western New England University  and lives in a town not unlike the setting of Snark and Circumstance with her husband, two kids, and five cats.  With a book out – finally – she might be hitting the high seas any day now.