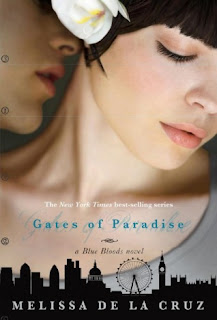 Book Info:
Edition: Hardcover
355 pages
Published by Disney-Hyperion
Release Date: January 15th 2013
Genre: Paranormal, Young Adult, Romance
Author: Melissa de la Cruz
Synopsis:(goodreads)
Schuyler Van Alen is running out of time. The Dark Prince of Hell is storming the Gates of Paradise, intent on winning the heavenly throne for good. This time he has his greatest angels by his side, Abbadon and Azrael—Jack and Mimi Force, as they are known in the Coven.

Or so he thinks. Even as Lucifer assigns Jack and Mimi the tasks of killing their true loves, the Force twins secretly vow to defeat the Dark Prince once and for all. But how far will Mimi and Jack go to conceal their real loyalties?

Meanwhile, former vampire Bliss Llewellyn has joined forces with Lawson, the greatest wolf of the underworld, to free his people from their imprisonment in Hell. As they struggle against impossible odds, an ancient message, woven into the very fabric of time, reveals just how much depends on the success of their mission.

Lucifer seeks the key to the Gate of Promise, and when Schuyler is taken captive and delivered straight to Hell, she must make an unthinkable choice—the same one the archangel Michael was forced to make during the Crisis in Rome. Will Schuyler find the strength to do what he could not?

The epic, heartbreaking Blue Bloods series comes to a close with this final novel about staggering courage, unbearable sacrifice, and the immortality of true love.

My Review:
And so the magical and amazing blue blood series that Melissa Cruz created has finally reached the end. Have to say when I finally realized the series I have come to love so much has ended I was both excited and heart broken. I knew eventually this series would have to end and I loved every minute of this series.

Schuyler Van Alen is celebrating her first New Year marries, without her lover Jack. After he disappeared she vowed to keep searching for any and every clue she could find to stop Lucifer for breaching the gates of Heaven and to finish fulfill her destiny, to lead all the blue bloods back home. Too bad finding a lead is like pulling teeth for the blue bloods want nothing to do with the upcoming war with Lucifer. The once great army of Heaven has fallen and they are nothing more than shadows of their former glory. When Schuyler hears a rumor that she has a living family on her fathers side left she pays them a visit hoping for answers.

Meanwhile Mimi and Jack are continue trying to get back into the Dark Princes good graces they are sent on a mission to destroy the ones they love once and for all. While Mimi tries to warn Kingsley about the upcoming threat she knows one misstep could mean both hers and Jacks death.

Bliss's life continues to become more and more complicated. When truths are revealed about Lawson and Ahramin that breaks the group apart. When the group finds out they can't travel between dimensions and that they've lost a whole year, they all must work together to find out where the rupture in the timeline is, and how to fix it.

When everything is said and done it is left to Schuyler to make the hard choice between what is right and her heart. The amazing conclusion of Blue Blood will leave you breathless until the very end.

First off let me just say I am so in love with this cover! Honestly my favorite one so far no lie. Second, holy freaking crap this book was awesome. I need to read the entire series over again. I can't believe it's finally over. I have to say while I try not to have a lot of high expectations regarding books, I had some pretty high ones for the conclusion of the series I have loved so much. Needless to say Melissa did not disappoint and I couldn't have asked for a better ending. 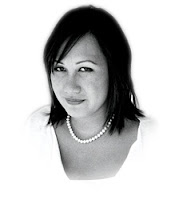 About the Author:
Melissa de la Cruz is the New York Times and USA Today best-selling author of many critically acclaimed and award-winning novels for teens including The Au Pairs series, the Blue Bloods series, the Ashleys series, the Angels on Sunset Boulevard series and the semi-autobiographical novel Fresh off the Boat.

She now divides her time between New York and Los Angeles, where she lives in the Hollywood Hills with her husband and daughter.
Posted by Reese's Reviews at 1:10 PM