Blog Tour: Demon of the Rich and Famous 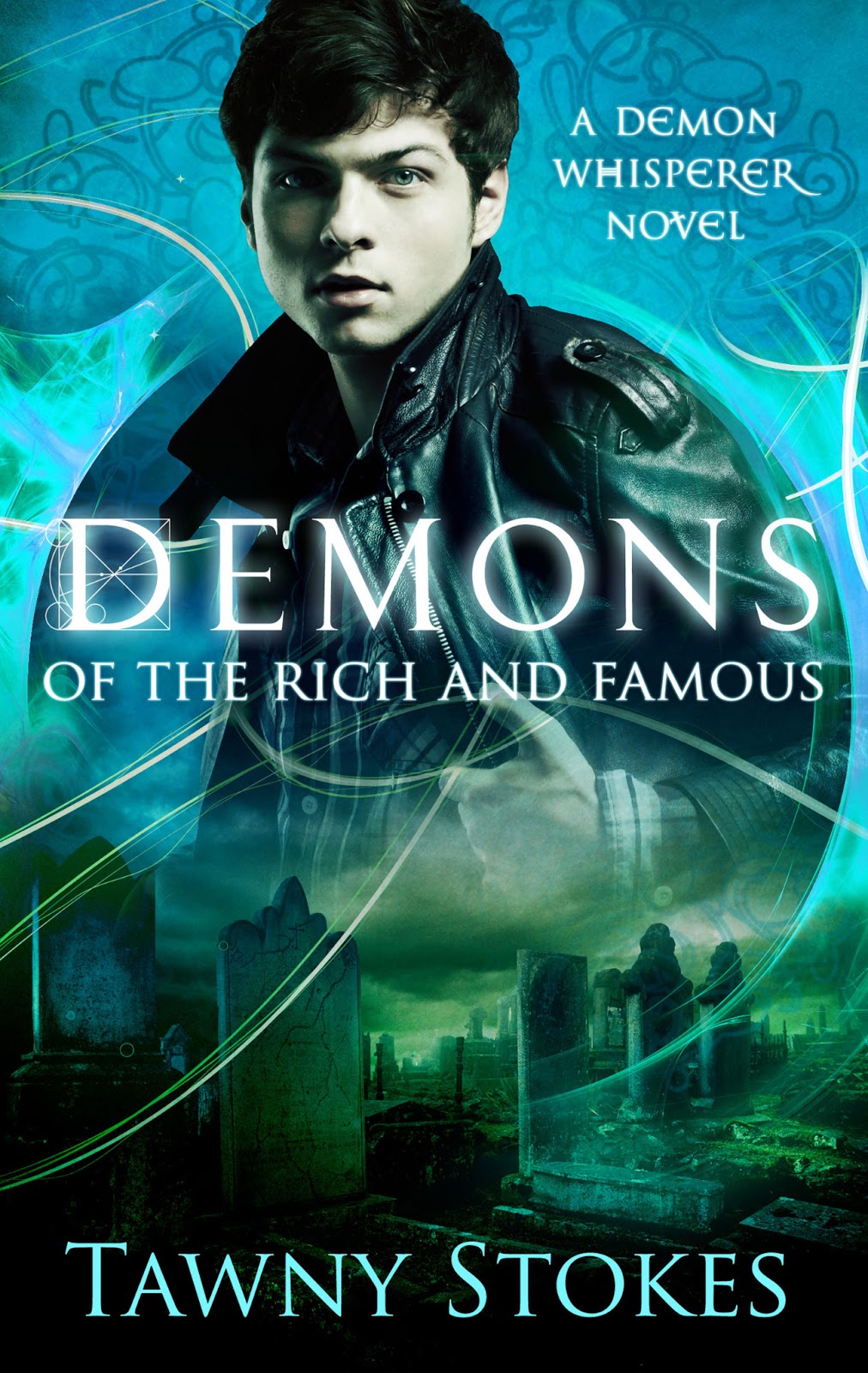 Blurb:
Supernatural possession is the new “disease” and teen exorcist Caden Butcher is the cure…

Caden Butcher, known as the whiz-kid exorcist to the stars, loves the Hollywood limelight. Or
at least that’s what he wants people to believe so he can earn enough cash from his high profile
exorcisms to take care of his ailing father. The problem is, not everyone’s happy with Caden’s
star status, particularly Remy Martin, a high ranking member of the International Order of
Exorcists, who suspects the truth, that these Hollywood exorcisms are staged with the help of
Caden’s demon BFF, Dan.

So when a real exorcism goes bad and a nasty demon jumps bodies, the crap hits the supernatural
fan. The Order strips Caden of his exorcism license right before he discovers the unleashed
demon is one he knows well, very well. This demon is hell bent on destroying Caden’s life
and everyone else who gets in his way. Now with the help of his demon buddy, and Caden’s
girlfriend Aspen Spencer, a necromancer in training, Caden must defy the Order, track down the
rogue demon and send him back to hell before it’s too late.

My Review:
Caden Butchers life is anything but ordinary. Caden spends his days doing exorcising demons which he has spent all his life training for. After coming out of a coma for a year to find his father injured he begins his career as the Hollywood exorcist. The best part? He gets paid thousands of dollars to do so. However, what nobody knows and what Caden could lose his license over is that all the exorcisms are staged by himself and his best demon friend Dantalion or Dan. Everything in Caden's life seems perfect on the surface.

Caden has dreadful nightmares of his long year spent in Hell. When an exorcism goes wrong Caden's whole life gets turned upside down, and now he's reliving past moments in Hell that got him there. A demon is out to destroy Caden's entire life, and Caden knows who it is. Putting together pieces to find out what this powerful demon is planning takes every bit of know how Caden has. Together with his girlfriend Aspen, his cat, and Dan they set out to stop him before it's too late for Caden, and everyone else he loves. When Caden finally comes face to face with this demon from the past will he have what it takes to stop him, or will he lose everything?

Demons of the Rich and Famous or Demon Whisperer was an interesting read. It's form Caden's POV and I really liked that. I have to say I really enjoy reading more and more male perspectives and Caden's was no exception. He's extremely egotistical but also aware of his weaknesses. is relationship with Aspen is complicated to say the least but he loves her a lot and is fiercely loyal. Dan was my favorite character even though he wasn't in it much. He's always eating, or smoking, or cracking some dark humored joke. The story was interesting to say the least, I wasn't always sure what was going to happen next and was always surprised by a zombie attack. Hope you all can check out a copy of this interesting book, and if you really love it there will be a sequel. Tawny Stokes bio:
Tawny Stokes has always been a writer. From an early age, she’d spin tales of serial killers in love,
vampires taking over the world, and sometimes about fluffy bunnies turned bunnicidal maniacs. An
honour student in high school, with a penchant for math and English, you’d never know it by the foot
high blue Mohawk and Doc Martens, which often got her into trouble. No longer a Mohawk wearer,
Tawny still enjoys old school punk rock, trance, zombie movies, teen horror films, and fluffy bunnies.
She lives in Canada with her fantastical daughter, two cats, and spends most of her time creating new
stories for teens.

Tawny also writes adult paranormal/urban fantasy fiction under the name Vivi Anna, and is an aspiring