We Are Savages Review

We Are Savages by Jessie Atkin 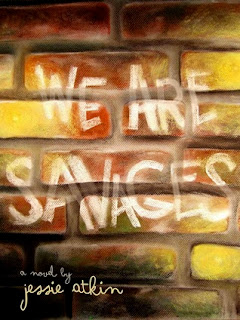 Synopsis:
We Are Savages is the story of 12 year old Tris and what she finds when she runs from the responsibility of her household and descends through a rain grate into the child run world of Nowhere. "You go to bed angry or sad enough you can wake up just about anywhere," the Savages tell her. It is a brick utopia hidden in the sewers; made up of sweets, sports, hammocks, and fireflies. But even this haven, free of parents and protocol, is not everything it seems. Haunted by dark specters known only as Phocydes, feared for their reputation of consuming children whole, Tris works both to hunt and to hide from these hooded shadows. But something about them is familiar; something about them fires her curiosity more than her fear. And Tris slowly begins to realize that, no matter where you go, fear and responsibility are not things you can escape, the only thing to do is face them.

I received a free copy of this book for a honest review.

We Are Savages brings forth a lot about the struggles of growing up. Tris at the stage in her life where her family believes she is supposed to be grown up and act proper. Tris's mother often mentions how when Tris turns 13 people will be looking at her differently and that 13 is sort of Tris' coming of age. This aspect of her parents pushing adulthood upon her starts a lot of conflict between Tris and her parents. One day her parents leave the house and while Tris is playing downstairs breaks a lamp. This starts a whole series of problems, one where Tris's mother threatens that if she doesn't get a job to pay for it Tris's best friend and dog Mars would be taken away. With that Tris packs up and takes off in the night with Mars hoping to never return. Leaving her house she falls down a sewer and ends up in a place full of children called Nowhere.

Nowhere is a place where you never have to sleep, there are no rules, and children can play day and night nonstop with other children. While the enchanted place of Nowhere should be dark and scary, there are fireflies that light up the cave for the children to play. In Nowhere Tris meets some new friends; Aya a girl who never stops complaining and is constantly negative, Logan a boy who is mostly the leader of the Nowhere Savage children, and Declan a boy who works as a doctor and likes to ask questions. Together this group of friends spends the day fighting, playing, swimming, and talking. Everything seems great, but danger lurks around every corner and the time will come when the children must unite to fight out there worst fears.

We Are Savages brings up a lot about what growing up means. Most of time it means taking on responsibilities and having less fun.Tris has a lot of problems with that because she doesn't want to grow up. Tris is a very relatable character, which is one of the reasons this book was so great. I could easily relate to how she was feeling about growing up. I mean come on, who really wants to grow up? Growing up is boring and I think the little kid inside of me really related and wanted Tris and the other Savages to have their freedom and their innocence.

Overall I really really enjoyed this book and I hope you all pick up a copy to read. This book is great and extremely well written. The characters are all well written and relatable. We Are Savages is a truly astonishing story about growing up and finding out who you are.

Favorite Quote:
"In less than a year, Tris was going to be thirteen, and she did not care one bit. To her mother, however, this seemed a most important number. Thirteen would bring a wave of change, and Mrs. Simon wanted Tris prepared. Prepared to look different, dress differently, and act differently.

“People will look at you very differently when you are older,” Mrs. Simon would say. “You should be prepared to look different for them.”

Tris never did anything specifically set for pleasing someone else (except for Mars), and she couldn’t see why things should change so drastically in mere months." 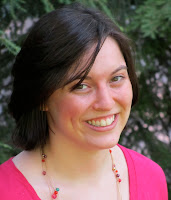 Jessie Atkin lives in Upstate, NY, and attended Washington University in St. Louis. She received a B.A. in English Literature. Besides reading, she was also involved in theater during college, working as an assistant stage manager and even trying her hand at acting in a single show.

Jessie learned to read later than most, but her sudden ability coincided with the release of the first Harry Potter book in 1998, and an obsession was born. Aside from Harry Potter, she also learned to love comic books, with a particular affinity for superheroes. Other than young adult fiction, Jessie also writes plays in her free time. We Are Savages is her debut novel.
To find out more about Jessie visit: jessieatkin.com
Posted by Reese's Reviews at 1:00 AM