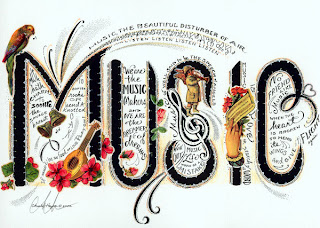 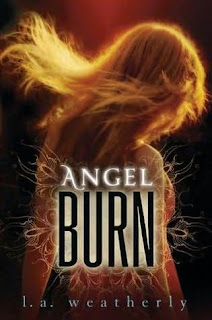 Synopsis:
In a world where angels are beyond redemption, Alex thinks he’s found one that might deserve mercy.

Alex is a ruthless assassin—of angels. Forget everything you’ve heard about them before. Angels are not benign celestial creatures, but fierce stalkers whose irresistible force allows them to feed off humans, draining them of their vitality until there is barely anything left. As far as Alex is concerned, the only good angel is a dead angel... until he meets Willow.

She may look like a normal teenager but Willow is no ordinary girl. Half-angel, half-human, Willow may hold the key to defeating the evil angels. But as the hunter and the hunted embark on an epic and dangerous journey and Willow learns the dark and terrifying secrets of her past, Alex finds himself drawn to Willow... with devastating
consequences.
Book Trailers: (Willow)

Music:
This weeks music is 'The Only Exception' by Paramore. I chose this song to go with Angel Burn because of these quotes:

"You don't trust me, do you?"
A long silence. Finally he said, "I don't trust anybody."
Then:
"I'd trust you with my life."
I almost sodded out loud; I tried to turn it into a laugh. "I though you didn't trust anyone."
"I'll make an exception in your case."
So perfect right? Alex had a problem trusting people when they first met, and the later her trusts her. So I picked this song. Cliche maybe, but oh well. Want to check out the song & lyrics? This website has both this time. 8) The Only Exception: Lyrics & Video.

Review:
One of the best angel stories I've ever read. Angel Burn is nothing like I thought it would be. I never thought of Angels as essence sucking being but this story had me convinced.
I loved the back and forth between the two main characters Alex and Willow, and then the other two perspectives Jonah and Raziel.
Angel Burn is filled with mass amounts of suspense, description, inner dialogue as will as lots of multiple character interactions. All the characters that give their perspectives meet, and have some sort of interactions at some given point in the story.
From the first pages you can totally tell Alex is a total bad ars. He's an angel killer who knows that the AK's are slowly losing the war against the horrible angels. He thinks he is earths only salvation until he meets Willow. Willow a complete social outcast. Living with her aunt and her not so there mother she finds odd hobbies like fixing cars, and giving people psychic readings. Alex and Willow's lives clash after one of Willow's psychic readings. From the moment the characters see each other they are instantly attracted. However, they both try and fight their feeling for each other. After Alex saves Willow's life they go on the run together. Avoiding people associated with Church of the Angels, Angels, and the authorities. No where is safe for them.
The action in this story was awesome, I love me some action scenes. I loved the scene where Willow fights with her Angel self. Both characters are completely awesome. The book is given in both Alex, and Willows perspective so it's awesome seeing each of the characters through the others point of view.
There were also many heart wrenching moments where I'm pretty sure I start crying every time I read them.
I think Angel Burns cover is soo beautiful.
Angel Burn has turned out to be one of my favorite books so I hope you end up loving it too. Like my review? Let me know what you think. 8)

Favorite Quote:
""Hey, he's not using a holster," I said, glancing at Alex's on the dresser.
He laughed out loud. "Yeah, I guess he must want to shoot something off. It'd be so great if these things were true life-the next scene would show him in the hospital, like, clutching himself in agony.""