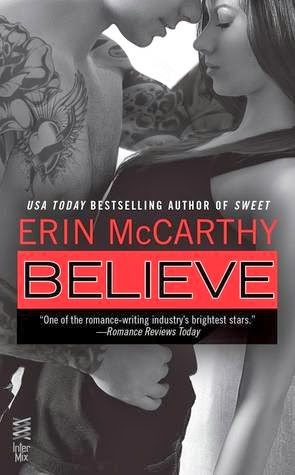 Add to Goodreads
Get Your Copy: Amazon, B&N

Blurb:
Robin used to be a party girl… until she got black out drunk and woke up in bed with her best friend's boyfriend. Now she's faced with being THAT girl, and couldn't be more disgusted with herself. She can't even tell her friends the reason for her sudden sobriety and she avoids everyone until she meets Phoenix—quiet, tattooed, and different in every way that's good and oh, so bad…
Phoenix is two days out of jail when he meets Robin at his cousin's house, and he knows that he has no business talking to her, but he's drawn to her quiet demeanor, sweet smile, and artistic talent. She doesn't care that he's done time, or that he only has five bucks to his name, and she supports his goal to be a tattoo artist.
But Phoenix knows Robin has a secret, and that it's a naïve dream to believe that his record won't catch up with them at some point. Though neither is prepared for the explosive result when the past collides with the present…

My Review:
Robin can’t believe she woke up in her best friends boyfriends bed and hasn’t a clue as to what happened. All she knows is that she’s naked and Nathan is all too happy to cheat on his girlfriend again with her.

Now Robin stays far far away from alcohol, from boys, parties, and her friends. They don’t know what happened, but she does and she feels horrible. Trying to figure out a way to get out of the house she shares with them she sees no way out.

Phoenix just got out of prison and he has no place to go. His mother left without warning and got rid of all of his possessions. After dealing with her drug habit for so long Phoenix just wants to move on with his life.

They meet. Robin and Phoenix meet at the beginning of the book and immediately hit it off. While there is an attraction they start out as friends who have a common dislike of alcohol. Phoenix has never touched the stuff and Robin is living the life free and away from any form of drugs. They text, watch movies, picnic with each other and all that good stuff it’s a great friendship with the underlying’s of attraction.

Then the romance picks up and it’s freaking great. I loved Robin and Phoenix together. They both help each other out and call each other rout on their issues. They’re great together, both when they were friends and when they’re dating. The romance is HOTT like on fire, but they still do other things besides, well, each other and I liked that. It was like they were a real couple.

It’s not until later that Robin’s secret comes out to Phoenix and I so loved him for how he understanding he was and how he understood.

Phoenix is well swoon worthy doesn’t even begin to describe him. He has loads of issues but throughout the book you aren’t questioning what they are. He’s very up front about his issues and I liked that about him. He is also very lonely and when Robin offers him friendship it’s honestly the best thing ever for him because he’s never had that and I have to say that really made me like him even more.

“Oh damn, I was in trouble. If I had any sense at all, I would get the hell out of there and never come back. But a cactus isn’t going to tell a rainstorm to go f*ck itself. I had never had anyone offer me this sort of innocent friendship. I wanted it like the greedy motherfucker that I was.”


Robin is so sweet and innocent. She has some issues and the full extent of them we don’t really get to see until the end of the book but I have to say I loved the way the story and Robin developed throughout the book.

I loved this book for a couple reasons. One I’m straight edge and reading the New Adult of Adult genre there are not a lot of characters that don’t drink so I had an instant connection with both of the characters.

Two both of the characters grow as characters throughout the book. I really loved that. They both grew because they were together as friends and as a couple but they also were independent of each other and that helped them grow as well which I loved.

Lastly the story was original. Well to me at least. I loved what happened at the end and how they grew and how it still wasn’t perfect and how the blow out happened with loss of friendship and disapproving parents. It was great.

All in all, I loved this book I think it was a great read. I could barely put it down for a second and when I had to I was thinking about what would happen on the next page. I would highly recommend this book for the amazing characters and all of the amazing plot twists that happen.

Teaser:
I studied her face in the dark, wanting to memorize it, to sketch it later.
She was beautiful. She was naïve.
She felt like my reward for surviving jail.
I stayed awake for an hour watching her, before drifting into oblivion.


Swoon:
And of course, just to torture me, it felt as good as I had imagined. God. Those lips were plump and soft and nothing had ever felt so simple and good and important.

USA Today and New York Times Bestselling author Erin McCarthy sold her first book in 2002 and has gone on to pen more than 38 novels and novellas in the paranormal, contemporary romance, and young adult genres.  A RITA award finalist and an American Library Association winner of the Reluctant Young Reader award, Erin is a member of Romance Writers of America, Horror Writers Association, and Ohioana.